COVID-19 and US: strategies, trends and foreign policy scenarios 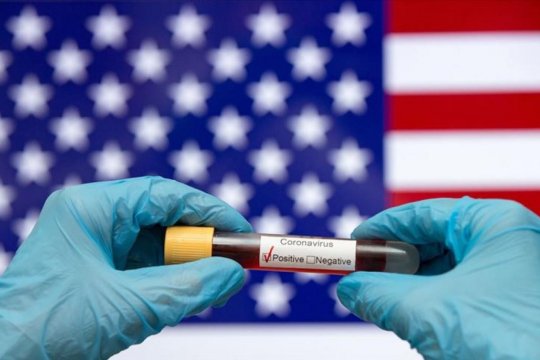 The Russian International Affairs Council (RIAC) has held a "COVID-19 Epidemic: Strategies, Trends, and Scenarios of US Foreign Policy" online roundtable dealing with the impact of the coronavirus pandemic on US policy, and relations with key partners in the world.

Deputy Foreign Minister and Ambassador Extraordinary and Plenipotentiary of Russia, Sergey Ryabkov, emphasized that the coronavirus pandemic has resulted in the cancellation of many bilateral contacts and earlier-planned conferences, which have been replaced by a growing number of videoconferences and telephone linkups. During the very first days after the World Health Organization (WHO) announced a global COVID-19 pandemic, bringing home Russian citizens stranded abroad, including in the United States, was topmost on the mind of the Russian government, which was working virtually round the clock to get the job done. The situation was further complicated by the fact that the names and whereabouts of a group of Russian schoolchildren, who were staying in the US as part of some "mysterious" humanitarian exchange programs, were unknown to either the Russian Foreign Ministry or the Ministry of Education.

According to Sergey Ryabkov, despite the scale of the coronavirus infection,   political life in the United States bubbles on amid political rivalries, which haven’t gone anywhere, and anti-Russian and anti-Chinese rhetorical broadsides are being fired by local politicians. The subject of a hybrid war allegedly being waged against Washington by Beijing and Moscow is viewed as a given. Russia, meanwhile, is calling for greater security, confidence-building and stability in Europe, and is currently in talks with the United States on the extension of the Strategic Arms Reduction Treaty (START), which expires in February 2021.

The head of the US and Canada Institute of the Russian Academy of Sciences, Sergey Rogov, noted that the pandemic has put transatlantic solidarity between the US and Europe to the hard test. Relations with Brussels have been put on the back burner by Washington, which is spending a hefty 20 percent of the country’s GDP to tackle the economic crisis. The US national debt has spiked to 115 percent of the GDP - higher than during WW2. Gigantic defense outlays and a growing number of soldiers and their families affected by the virus are adding no optimism either. Although the rearmament process continues, some of the previously prioritized programs may be called into question (except for those aimed at containing China). At the same time, the standoff between Washington and Beijing is becoming increasingly ideological, since the Chinese Communist Party has been designated the main enemy.

Even the election campaign in the US is feeling the pinch of the epidemic with the primaries moved from March to May, although the date of the presidential election, November 3, 2020, remains unchanged. Sergey Rogov noted that, despite all the odds, Donald Trump’s chances of re-election are still higher than those of his Democratic rival, Joe Biden.

“This is all the more clear when we listen to Biden speaking in public: the more he comes out the more visible the signs of dementia are,” Rogov emphasized.

Valery Garbuzov, director of the US and Canada Institute of the Russian Academy of Sciences, noted that although election campaigns in the United States normally stick to a fairly predictable scenario, external and domestic factors have substantially “corrected” the usual schedule. According to him, the signs of a crisis became visible already before the pandemic struck. For example, the Democratic Party was facing a serious leadership crisis, which manifested itself in the so-called “Sanders Revolution” - the nomination of an independent candidate from the state of Vermont, who twice ran for president in 2016 and 2020.

As for the Republican Party, despite the initial irritation by GOP veterans, Donald Trump has managed to assert himself as the leader of conservative America. The pandemic became a serious challenge for him, undoing much of his previous successes and forcing him to play a role he hadn’t prepared for. According to Sergey Rogov, Trump’s daily briefings have done little to prove the opposite.

“Trump’s rhetoric is based on self-promotion and braggadocio. Essentially, his position is better than that of Biden, but up to now the former is ahead in the number of votes, while the latter leads in the electors’ count,” the expert explained.

What are the prospects of meaningful arms control talks between the US and Russia? Sergey Rogov believes that if Trump wins the upcoming presidential elections, an agreement can be reached, but chances of this happening are only 30 percent at best.

“With any other president, such a prospect is hardly possible. If the United States pulls out of the Open Skies Treaty, and it looks like this is exactly what is going to happen, then we’ll see the start of an all-stops-out arms race. This, in turn, will inevitably prompt a change in Russia’s national security doctrine,” Rogov added.

Director of the Russian Academy of Sciences’ Institute of World Economy and International Relations, Alexander Dynkin, believes that, even despite Trump comparing the domestic situation with Japan’s attack on Pearl Harbor on December 7, 1941 and the 9/11 terrorist attacks in 2001, no domestic rallying around the flag happened. As for China, the pandemic certainly dealt a serious blow to the country’s global image. In the West it is blamed for hiding information about the coronavirus and for resorting to “mask diplomacy” supplying medical equipment, including basic personal protection gear, to countries affected by the disease. Passing the buck to Beijing has done little to dampen passions in the US itself though. The people of color, who account for up to 13 percent of the entire population, are especially frustrated because the mortality rate within this demographic since the outbreak of the pandemic has reached 52 percent of the total number of victims.

According to Alexander Dynkin, in view of the current deterioration of US-China relations, Moscow would be best advised to build up ties with Beijing without entering into strong strategic alliances with the People’s Republic while, simultaneously balancing this rapprochement with maintaining ties with other important foreign policy partners, such as Germany, India and France.

Russia’s envoy to the European Union, Vladimir Chizhov, spoke about relations between the United States and Brussels. According to him, they are now characterized as being in a serious crisis, which began with the election of Trump and the end of the period of the so-called “Obamamania.”  The new occupant of the White House immediately declared that he was not going to "pamper” Europe. Old World politicians were stunned by Trump’s tone, and their initial stupor quickly gave way to indignation. The situation could be called a stage of adaptation to the changed reality now that the European Union was devising plans for the near future amid Washington’s demonstrative rejection of its leadership status. True, NATO, as well as trade and other economic cooperation between the US and the EU remain, but tensions are visibly growing. The prospects of the transatlantic trade and investment partnership, previously much hoped for on both sides of the Atlantic, were also put to the test.

“European politicians are also offended by the fact that their American partners do not consult with them about the decisions they make, but only present them with a fait accompli,” Vladimir Chizhov noted.

According to him, all the trends that emerged several years ago will remain valid after the coronavirus pandemic is over. Washington does not intend to demonstrate its leadership on the international stage. This means that the EU now needs to choose its own strategy. The problem is, however, that Brussels is unable to outline a clear-cut political game plan. Therefore, the positions of several countries of Central and Eastern Europe are strengthening. With Britain on its way out, Poland is trying to fill the void and become the main promoter of Washington’s influence in Europe. France and its President Emmanuel Macron offer "emancipation" from the United States. The German position is more inert, while Russia believes that reliance on humanitarian Eurasian cooperation is the only way for Europe to maintain its current positions.

Director of the Institute of Europe of the Russian Academy of Sciences, Alexei Gromyko, noted that the word “bipolarity” is often misconstrued by modern media. According to him, this term previously meant a world divided into two antagonistic systems. This misinterpretation leads to wrong conclusions. Most countries are not so much trying to join this or that camp as they want to avoid being drawn into the confrontation between the US and China, since globalization in its previous format is falling apart and Washington and Beijing are firmly built into it. What is happening now is a dismantling of the ultra-phase, but not of globalization as such.

“There is one thing we need to understand: China, unlike the Soviet Union, has nothing that even remotely resembles a socialist community. Rather, we are talking about the two countries’ geopolitical incompatibility. There is no split along value lines between them, despite the fact that the United States has traditionally promoted a strongly messianic vision of its role in the world. Another thing is that a bipolar structure is easier to understand logically. This is apparently why some publicists go for it,” Gromyko said.

Inga Yumasheva, a member of the State Duma’s Foreign Affairs Committee, noted that visa scandals and sanctions lists have slowed down the pace of contacts between Russian and US politicians. However, online formats remove restrictions on communication. Russia worries much about the future of the Strategic Arms Reduction Treaty (START).

“Few people in the United States talk about nuclear disarmament. The opposition has almost blocked all of the president’s initiatives. An article by Russia’s Ambassador Anatoly Antonov and NATO’s former Deputy Secretary General Rose Getemüller, published in Foreign Affairs was virtually ignored by all leading US media outlets. Therefore, I’m saddened to say that we should be psychologically prepared for the collapse of the entire arms control system,” Yumasheva observed.

Dmitry Suslov, deputy director of the Higher School of Economics’ Center for Comprehensive European and International Studies (CCEIS), predicted that the pandemic period only reinforced the previous trend in US foreign policy of openly confronting countries that did not recognize Washington’s leadership following the 1991 Soviet breakup. He also believes that the growing egoism of the US establishment also factors in here. Therefore, international tensions are bound to heat up.

“The anti-Russian trend will continue under any US president, since their overarching task is not to look weak either at home or abroad. This will deal another blow to the transatlantic ties between Washington and Brussels,” Suslov said.

Summing up the results of the discussion, Andrey Kortunov, Director General of the Russian International Affairs Council, said: “In recent years, we have seen the complete destruction of the mechanism of summits that the logic of interaction between Moscow and Washington was largely based on. Under Trump, we faced the collapse of arms control as the pivotal basis of international relations. The situation remains difficult, and the next US president, be it Trump or Biden, will be weak. Therefore, the Russian expert community needs to interact with both Capitol Hill and the opposition, and look for new interaction algorithms. We will need this no matter how the ongoing election campaign in the United States unfolds.”