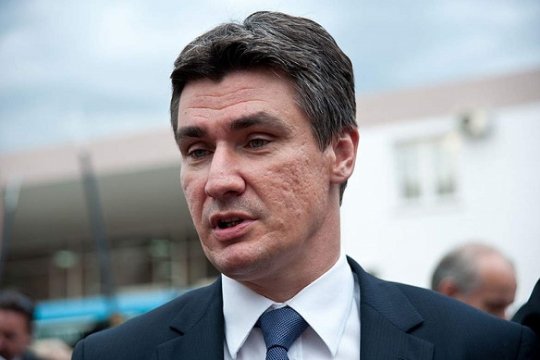 The angry reaction by Croatia’s President Zoran Milanovic to a publication by Hungarian Prime Minister Viktor Orban in which he presented the map of Greater Hungary has demonstrated Zagreb’s concern over Budapest’s moves to re-evaluate the events of the past that determined Hungary’s present-day borders. (1).

For Croatia, its proximity to influential regional neighbors – Austria and Hungary, has always been a geopolitical challenge, along with the presence of ethnic minorities, including Hungarians, and the mountain-carved border terrain, which made it difficult to secure a clear-cut delineation of borders.

Due to that, the ethnic minorities living in the country, along with the population of isolated regions, such as Dalmatia, became economically and culturally oriented at neighboring states rather than Zagreb.

In the present Croatian Parliament three seats belong to the Democratic Assembly of Istria – a political force advocating the region’s cultural identity and the rights of the local Italian community. The Croatian Democratic Alliance of Slavonia and Baranja, which has six seats, calls for economic development of Slavonia. TheCroatian part of Baranja is populated by Croatian Hungarians, which adds a political flavor to the issue.

The independent Democratic Serbian Party has three seats in parliament, focusing on the protection of the rights of Serbian minority.

Since there is no specifically Hungarian party in parliament, Budapest is interested in having it there.

As Budapest’s foreign policy acquires an ever more pronounced diasporal dimension, there are grounds to maintain that the scope and tone of Hungary’s relations with countries with Hungarian communities depends on whether these countries respect the cultural rights and freedoms of Hungarians. Rumania is home to 1,3 million Hungarians, Slovakia – to 500,000, Serbia – to 300,000, Ukraine – to 156,000. The number of Hungarians living in Croatia is far smaller – about 15,000. (0,33%), but they form densely populated areas bordering on Hungary in the north of the country, on the way «from Hungary to the Adriatic».

It looks like Budapest nurtures the prospect of mobilizing Hungarians in Croatia, Serbia, Slovakia and Ukraine, which will enable it to establish a trans-border Hungarian community, not limited by Hungary’s state borders, which shrank considerably after the Second World War. The area populated by ethnic Hungarians has been described by Budapest as Carpathian basin, with Hungary in the center.

The Croatian direction looks promising for Hungary because it provides the shortest hypothetical way to the sea. Through the Adriatic lies the way to the Mediterranean. In the past, the proximity to the Adriatic coast made Hungary a Mediterranean power (in the days of the Austro-Hungarian Empire).

Given that in the current political format of the EU using force by member countries in settling disputes is not the option, the presence of Hungarian diaspora in Croatia acquires more significance for Budapest. Only through this diaspora and by using soft force can Budapest proceed to strengthen its political, economic and cultural presence in the region.

Nevertheless, despite its geopolitical value, Croatia is not number one on Hungary’s diaspora consolidation agenda. Much more important are Rumania and Ukraine. Since Rumania is the most «Hungarian» country of the EU after Hungary proper, it is only logical that the process of restoration of the Hungarian national unity should start there. Ukraine is institutionally the weakest and most dependent on external players European state with Hungarian minority. Considering this, Budapest finds it easier to pursue its diaspora-related initiatives in Ukraine.

That Hungary has been pushing for its agenda in Rumania becomes clear from the recent campaign to collect signatures under a petition addressed to European Parliament with a request to channel funds allocated for ethnic minorities directly to the regions populated by these minorities rather than the capitals of these countries. (2). The petition obtained the required number of signatures thanks to Rumanian and Slovakian Hungarians.

In brief, Hungary’s diasporal policy can be presented as a unity of three components – consolidation – decentralization – internationalization. Budapest advocates consolidation of Hungarians living abroad in order to foster their ties with their historical homeland, favors decentralization of countries with Hungarian minorities with a view to provide the latter with wide autonomy, and calls for internationalization of the issue of respect for cultural rights of Hungarian community by attracting all-European regulatory bodies and mechanisms. Budapest is motivated to include the Hungarian issue into international agenda so that it could be resolved with the help of international financial institutions.

For Croatia, the balance of strength among regional players is crucial for geopolitical stability. Zagreb believes that this stability will crumble if Hungary’s diasporal policy hits its targets. These are the following: to popularize the idea of unfairly separated Hungarian people, to achieve the political and ideological unity of all Hungarians, and to cultivate, regardless of the country of residence, a sense of belonging to the Hungarian state among members of the diaspora, and a sense of historical injustice.

Zagreb fears the domino effect, which could take place if successful methods of working with Hungarians in Rumania and Slovakia set off Croatian Hungarians too and Budapest chooses to apply this kind of diasporal policy in Croatia.