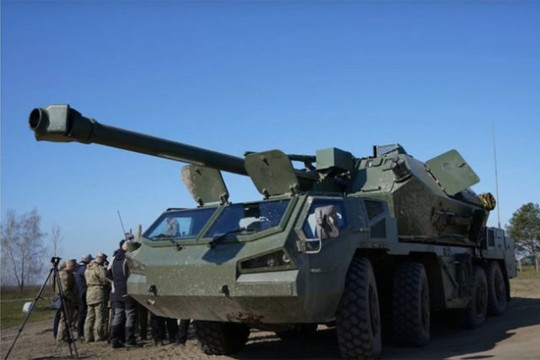 “The transformation in Ukraine represents a huge opportunity for the expansion of the Czech defense industry and security, perhaps the largest in modern history. A completely new platform will be created. This is a fundamental revolutionary transformation and the biggest opportunity for the expansion of the Czech economy abroad that has ever been in the last 30 years,” said Czech deputy defense minister Tomas Kopechny. Czech edition “Idnes” quotes his words.

According to Kopechny, his country "defends itself against Russian aggression" and also "opens doors for the Czech Republic in Ukraine." Military support for Ukraine means the creation of hundreds to thousands of new jobs in the field of defense and security of the Czech Republic.

Mr. Kopechny pointed out that it is necessary to increase the production capacity of Czech arms companies. "We support Ukraine militarily, and this helps the Czech economy a lot," he said.

According to his speech, the West, thanks to the activation of the military-industrial base in Central Europe, will be able to arm against Russia.

…In Prague, apparently, they do not understand that for the second time Russia will not save the capital of the Czech Republic, as the soldiers of the Soviet Army did in May 1945.