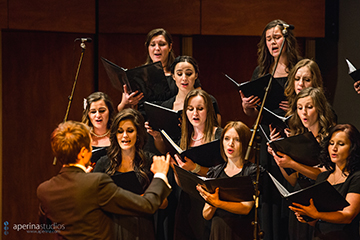 In the State of California, far away from Russia, but with which however, our country is bound by invisible historical ties, our compatriots celebrated the 140th anniversary of the birthday of Sergei Vasiievich Rachmaninoff. Nostalgia for his homeland remaining in his soul like an eternal garden of blooming lilacs, not only did not bring a new wave into the works of the great composer, but did not make his soul an emigrant in a strange land, giving up its life. The organizers of the concert named their dedication to Rachmaninoff the "Eternal Music", and it would be more accurate to describe them as triumphal evening events, as if the celebrations were conducted by the Maestro himself. Throughout the entire time of his emigration "he carried Russia with him across foreign fields and words". Just like hundreds of our fellow citizens who find themselves in foreign countries, "just believing in the ringing of the bells." The great-grandchildren of the first wave of immigrants, the children of the second, and those who live and work in California, happened that night to listen to the eternal music created by Rachmaninoff. They were united by elements that exist outside of the laws of gravity - the elements of the Russian world.

An interesting note on this subject was sent to our magazine by one of the organizers of the evening, Taisia Suvorova, vice - president of the "Wings Foundation" in Sacramento, California. Here they are.

The evening was called: “RACHMANINOV: Music of the Eternal Soul”. The organizers of the concert dedicated it to the 140th anniversary of the birth of Sergei Rachmaninoff. The Harris Center in Folsom, Sacramento County, California, was the venue chosen for this event.

It should be noted that the performers, as well as the listeners, were united in a special relationship to the music of Rachmaninoff. Not only was there a feeling of reverence, but also of the sublime and the demanding. Not every pianist, violinist or vocalist dares to plunge into this element, created by the master genius. One of my good friends, who lives nearby, a kind and thoughtful person, but at the same time demanding, lamented all the time: how dare they take on Rachmaninoff? Do they really not understand that their skill is not good enough? It will not come out right!

But they did dare ... and it happened! Spectacular and heartfelt. The eternal wandering soul of the composer appeared before the audience in full-height under this eternal music full of passion, tenderness and sorrow. The amazing choir directed by Pavel Kravchuk, the Slavic Chorale Society, touched the souls of even those listeners who do not know the Russian language at all, by the expressive and melodic voices collected together in this amateur team. By the way, last summer, the choir went on tour to Italy, performing to audiences in Venice, Florence and Rome, where the young performers were also received with joy and warmth, in appreciation of their high professional standard.

The entire concert was brilliantly organized. Each element of the performance appeared to stand by itself. A separate part of an album of luxury, with each subsequent page clearly separated from the previous one by the sound of various bells, and by slowly moving portraits of Rachmaninoff drifting across the back of the stage, and also by colorful and unique pictures of Russian church architecture and painfully familiar landscapes... And, of course, there were also bunches of lilac as well. For how could this be done without the eternal companion to Rachmaninoff’s image? And why not? Such a beautiful story ... Andrei Kovalev, who created the video slide show, and Yuri Drotiev, who put together a unique collection of bell-ringing, were extremely appropriate for the event, elegantly and carefully woven into the fabric of the action on stage.

It was a concert-assemblage, elegant and somehow very vivid! During the break, I overheard the exchange of views between members of the audience. It seems that they knew Rachmaninoff's name only by hearsay. Well, that happens sometimes... But what is remarkable, is that the people said to each other that Rachmaninoff felt closer to them thanks to this concert, and that they wanted to continue to listen to him. They regretted that beforehand they had no idea how his soul suffered in a foreign country for everything Russian, and that this was why there were the sounds of bell ringing in his music... In short, the organizers of the evening event, who are music and cultural enthusiasts, also accomplished their educational mission!

The concert in California, which brought together so many fans of the great Russian composer, owed its  success to the performance skills of our talented compatriots, and first of all to Paul Kravchuk, the initiator and inspirer of this musical performance. The participants in the concert were impressed with the audience, but also sincerely grateful to the Russian Consulate in San Francisco, Natalie Owen who is the Honorary Consul in Sacramento, and to the "Wings" charitable foundation for supporting their creative ideas.