«Defender-2020»: how NATO’s exercises in Eastern Europe will affect Russia 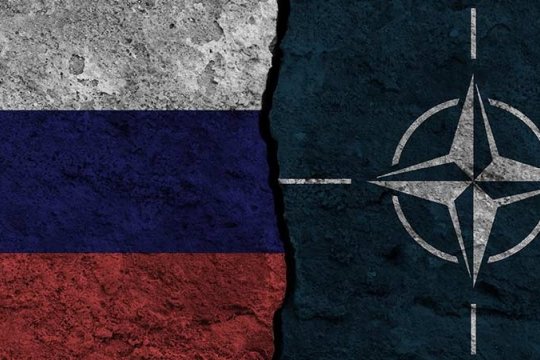 On February 21, Jens Stoltenberg announced that NATO was launching an extensive military exercise.  85 Abrams tanks, 45 armored personnel carriers, heavy machine guns, mortars, around 20,000 US troops will be transported from the USA to Europe. «Defender Europe-2020» is the large-scale exercise over the last 25 years. 37,000 soldiers from 18 countries will participate in the military operation. The NATO leadership emphasizes that the manoeuvres are not related to any particular country, much less are directed against Russia. On February 26, round table «Russia and NATO: Complex issues of the international agenda in the context of the exercises that have been started» was held in Moscow, at which they discussed possible risks that lie in operation «Defender-2020», as well as how the exercises will affect Russian-American relations.

«It is not yet clear how troop movements are linked to defence planning in the context of the current plans of the North Atlantic Treaty Organization. It is difficult to say how these exercises linked to the offensive, but it is clear that they are aimed at improving preparedness», – Dmitriy Danilov, Head of the European Security Department of the RAN Institute of Europe, MGIMO Professor, Ministry of Foreign Affairs of Russia, said. According to him, the countries should set a common military and political objective and reach a consensus. He also noted that the exercises were of a test nature.

Andrey Sidorov, Dean of the Department of World Politics, Head of the Department of International Organizations and Global Political Processes of Moscow State University stated that the exercise was divided into several aspects. Firstly, creating a perimeter of containment, forcing countries to move to an arms race, which will severely damage the world economy are the geopolitical tasks of the United States of America, as well as «influence» on Russia and China. Secondly, the operation has an impact on NATO allies. He also believes that the first exercises in which the number of Polish soldiers (2,000) exceeds the number of soldiers from Germany or France. Thirdly, Donald Trump wants to get European politicians to pay for US troops on European soil, so he plans to increase control over NATO’s member states.

«The base framework: the enemy invades the Baltic and parts of Poland, continues to move towards Kaliningrad. NATO mobilizes and deters the enemy. USA airlift its troops. Other military brigades, however, travel by sea. The counter-offensive group is then established to defeat the invading troops and further attack their territory», –Konstantin Sivkov, Deputy President of the Russian Academy of Missile and Artillery Sciences on information policy, said. He also still added that the «Defender-2020» is the largest and longest-standing extensive and it is practical preparation for real military action. «There are no fools in the United States or Europe.They are not suicides to attack Russia, which may fight back.In my opinion, this extensive are provocation against Russia. The US is planning a full-scale hybrid war against Russian Federation and China», – expert concluded.

Today’s NATO strategy reminds him of the years of the «Cold War» A. Sidorov noted. «If you cannot agree with the adversary, sit at the table on favourable terms, you need to «pressure». The such policy was formed in the US in the 1960s and continues to be implemented», – he said.