Democracy in America today (I) 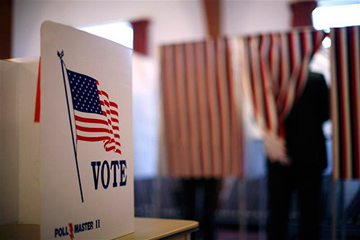 Who has more rights to human rights?

Washington believes that one of the achievements of its propaganda and diplomatic machinery was that after a meeting in Helsinki in 1975, they managed to make the so-called “third basket “which in the main placed emphasis on human rights. Decade after decade, the United States used the "third basket" as an important weapon of foreign policy influence. Tectonic upheavals happened in Eastern Europe and the Soviet Union in the late 80's and 90's. The twentieth century convinced the Americans of the effectiveness of the chosen instrument ... In the end; Washington began to claim almost a monopoly in the field of human rights and the role of final arbiter in determining who is observing them, and who is not. And the more accusations put forward about others, the more hobbled became America`s own practice in this area. Claims to an absolute right, are absolutely ruined by absolute power. Russia has tried to respond to the constant assaults in this regard, but sluggishly, working on the principle: "You do not touch us, and we will not touch you." And then, finally, it looks like the ice broke.

On October 22, 2012 the Ministry of Foreign Affairs of the Russian Federation presented the first special report on the human rights situation in the United States, and brought it to be heard in the State Duma. The strength of the document is that it refers to the systemic problems facing American society, and this is all illustrated by convincing examples. The report presented by the Deputy Foreign Minister Sergei Ryabkov stressed, "That the treatment of human rights in the U.S. are is far from perfect, and even sometimes resemble something from another era."
Among the most important challenges facing America are growing social inequality, discrimination on racial, ethnic and religious grounds, the practice of indefinite detention without charges, judicial bias, prisons operating outside of  the law, torture, the impact of government agencies on court processes, a poor penal system, the denial of freedom of speech, Internet censorship, legalized corruption, lack of electoral rights of citizens, intolerance based on race and ethnicity, the violation of children's rights, the extraterritorial application of U.S. law, leading to human rights violations in other countries, kidnapping , tracking dissidents, disproportionate use of force against peaceful demonstrators, the use of the death penalty against minors and the mentally ill, etc. The international legal obligations of the United States, continue to be limited to participation in only three of the nine core human rights agreements, and providing human rights monitoring mechanisms. The U.S. has not ratified the International Covenant on Civil and Political Rights of 1966, the Convention on the Elimination of All Forms of Discrimination against Women in 1979, the Convention on the Rights of the Child in 1989, the International Convention on the Protection of the Rights of All Migrant Workers and their families in 1990, the Convention on the Rights of Persons with Disabilities in 2006 and the International Convention for the Protection of All Persons from Enforced Disappearance, 2006.
When forced to answer rather sarcastic questions from one of the Russian liberal papers over the fact that previously, say, Russia considered the subject to be an interference in internal affairs, and now, she does it too, Mr. K. Dolgov, Commissioner for Human Rights Ministry of Foreign Affairs, and the main architect of the report, said that, “the main idea is that Americans continue to wrongfully position themselves as the absolute authority and unquestioned leader in the field of democracy and human rights. They are engaged in mentoring and trying to teach others how to build their democracies and ensure human rights. They do it often rudely ignoring the basic international law of the principle of state sovereignty. Often their attempts to take care of human rights in other countries are bordering on outright interference in internal affairs. Russia also faces this problem. This, in particular, is one of the reasons why the decision was made to wrap up the operations of the U.S. Agency for International Development (USAID) in Russia. At the same time, according to the report, the human rights situation for Americans remains very difficult. (1)
It should be recognized that the priority in having the audacity in speaking to America about this and what others "always thought, but were afraid to ask," still belongs not to Russia, but to China. After many years of the Americans reporting on human rights in China, Beijing promptly submitted its scrupulous and scathing analysis of how the situation is in the US in this sensitive area. As a result, in the relationship between America and China, this topic is present mainly in propaganda, but is practically nonexistent in inter-state relations. It is enough for some American to raise the subject at any level of negotiations, for him to be immediately handed a huge Chinese tome translated into English of US sins, with a counter offer to talk about it. And, actually, why not? It acts like a magic cure, and the Americans' enthusiasm soon evaporates. It is certainly an instructive example.

The first U.S. reaction to the Russian report proceeded along the same scenario. On 23 October at a regular briefing State Department spokeswoman Victoria Nuland answering a question about the report, said that the text was not known to her, but the appearance of such studies are welcome, as the U.S. is an "open book" seeking to improve its society. This is commendable, except that she "closed" the report, without even opening it. It is the case, Nuland said, that the United States is open for the world to see. In November, "as always", the OSCE sent an election observer mission, which, for example, in Russia "encountered resistance to their work." (2) Here we have the question. The State Department believing it basks in the glory of a perfect image of American democracy, "no longer understand the feelings” in their own country. In some US states the OSCE observers are threatened with jail "if they dare to come to the polls."

At a State Duma hearing on human rights in the U.S., an ambassador of this country well known as a theoretician and practitioner of human rights, Michael McFaul was invited. However, he did not attend, and that is very significant. Whilst hosting numerous comments on all issues in his blog and on Twitter, on this subject the Ambassador is silent. Did he lose his interest? Or did he not expect to hear anything new about the human rights situation in his own country? This suggests that either he is well aware of the existing violations and finds it simply shameful, or he does not want to hear anything about them, and this is hypocritical. The ability not to be able to see the wood for the trees is a characteristic feature of many generations of American politicians.

Doublethink (coined by George Orwell in his novel 1984) has been intrinsic to them since the founding fathers. George Washington, for example, the so called “herald of freedom and democracy", was a planter and slave owner, who kept in the basement of his house a prison with instruments of torture for misbehaving slaves (it has been recently excavated by archaeologists) and sent expeditions to different parts of the country to catch runaway Negroes that belonged to him personally. This duality of American democracy drew the attention of Alexis de Tocqueville.

A number of publications in the U.S. responded to the report in a spirit of "propaganda." Thus, the "Los Angeles Times" says that the "tone, vocabulary and spirit" of the document submitted to the State Duma, "is reminiscent of propaganda attacks of the cold war era."(3) The newspaper did not even try to refute or dismantle even one given fact or conclusion. But if assessing the publication of the report in Russia on human rights in the U.S. shows a return to the cold war, it turns out that for the U.S. itself that war never ended.
But Fred Weir, the long time correspondent for The Christian Science Monitor in Moscow, believes that the report is "well-documented" and "professionally written." Mainly it is based on U.S. non-governmental and academic sources and the issues raised "are quite familiar to any well-informed Americans." (4)The Russian are not trying to say something new to America, writes Fred Weir, they want to encourage her to change her point of view and look at Russia without prejudice. They broaden the debate by pointing out that before lecturing others; the United States should resolve their own numerous problems. In the past, said Weir, the Soviet propaganda machine also tried to use this method, but rather unsuccessfully. Now Moscow's response is much more ambitious. The Russians really feel that the American perception of them is far from correct. Also the American correspondent noticed the desire from the Russian side to move the debate "behind closed doors." And this is an echo of its past approaches which proved to be ineffective. For the White House this move just does not make sense, since the theme of human rights is a tool, not an end policy in itself. It is useless to urge the Americans to give up their decades of proven tools; they can only be confronted by self action. The Foreign Affairs Report is a worthy and successful example of such action. In pursuing the stated positions, firmness and consistency are important not only in terms of the effective management of information warfare, but also to confirm the equality of rights of states as members of the international community. For it is impossible to ensure equal respect for human rights in the world, if equal rights are not respected, including freedom of speech, in the countries in which "these people" live.
So you have made a claim? Be so kind as to listen to the reply and counterclaims. Every time, without exceptions. Refusal is the application of inequality, which is also a form of violation of the rights of individuals and the states representing them, the fact is that "all sides must be heard" Audiatur et altera pars is the basic principle of democracy.