Denmark, US and Greenland independence 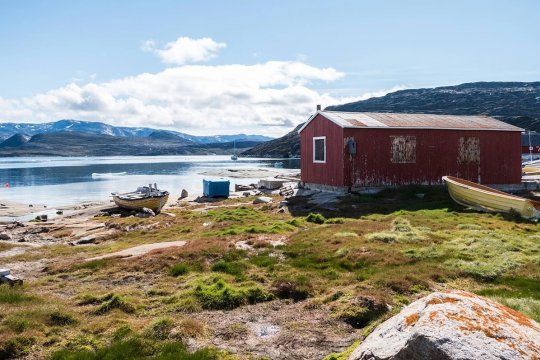 Washington plans to open a US consulate in Greenland and line up $12 million in financial assistance to this autonomous Danish territory. (1)

Last year, the United States made a new (already third) proposal to buy the island, which was rejected, just like the two previous ones, made in 1867 and during the presidency of Harry Truman.

Greenland’s interest to Washington is both geopolitical and economic since the island guards the passage from the North Atlantic to the Arctic Ocean, serves as a transit route for air traffic from North America to northwestern Europe, and defends the north-eastern borders of the United States and Canada. All this is a matter of serious concern by Washington, which is worried by Russia’s and China’s independent policy in the Arctic.

Meanwhile, US strategists are resuscitating Cold War-era terminology, pointing to the strategic importance of the GIUK gap - sea corridors between Greenland, Iceland and the United Kingdom. A military presence in Greenland (Tula air force base) provides the Americans with access to the North Pole thus boosting their military-political competitiveness in the region.

Greenland’s economy depends on exports of shrimp and fish, as well as the extraction of rare-earth minerals. That being said, the island is still dependent on substantial annual subsidies from the Danish government, currently budgeted to be about $650 million, or more that 50 percent of Greenland’s annual budget. (2)

The United States is ready to help foot the bill, but this doesn’t sit well with the Danes, for whom the loss of Greenland means the loss large deposits of uranium, zinc, gold, platinum, lead, cryolite and rare-earth metals used in  global military-industrial production, and the loss by Denmark of its status of an Arctic power. With China being the world’s top exporter of rare-earth metals, the purchase of Greenland would end the United States’ dependence on Beijing in this regard.

The Greenland issue will become all the more important to US diplomacy now that Washington is coming out in support of the island’s independence from Copenhagen, or at least its greater autonomy from the rest of the country, since this would serve the defense and foreign policy interests of the United States. Amid the geopolitical and geo-economic changes now happening in the world, mirrored in the weakening of integration processes in Europe, the economic growth of Southeast Asia and the loss by the collective West of its global monopoly, the United States wants to become the main guardian of Greenland’s independence.

Availing itself of a right to open its representative offices at Danish embassies, Greenland in 2014 opened such an office at the Danish embassy in Washington. The move clearly reflects Greenland’s desire to have closer ties with the United States. Well, the desire is indeed mutual now that Washington is tacitly reconsidering its former support for Greenland’s status as part of Denmark, and is now planning to open a US consulate on the island in a clear break from the practice of the past 60 years of interacting with Nuuk via Copenhagen.

While advancing its interests in the region, Washington is acting in coordination with its military and political ally Canada, because otherwise its Greenland policy would simply make no sense.

Ottawa, for its part, is preparing an ideological base for strengthening its sway in the Arctic and Greenland in the form of pan-Inuitism - the ideology of civilizational, cultural and social unity of the Eskimos (Inuit) of Canada and Greenland as a cross-border community with a common vision of ways of resolving social, environmental, economic problems and preserving their native language and culture.

Washington welcomes Ottawa’s effort, because the civilizational and cultural reorientation of the Inuit, who make up the majority of the island’s 56,000-strong population, to the Anglo-Saxon world will strengthen the US and Canadian presence in the Arctic.

Following are the factors that will determine the pace and scope of the United States’ Greenland policy in the years to come:

- The results of resolving the issue of the Northwest Passage, which runs along the Canadian coast and connects the Atlantic and Pacific Oceans.

Ottawa insists that the Northwest Sea Route runs across Canadian territorial waters. Not all countries share this opinion though. The US strategy in the Arctic depends on whether Ottawa succeeds in "taking" the Northwest Way for itself or if other states extend their sovereignty over the strategic passage. Control over Greenland means control over shipping through the Northwest Route;

- The pace of implementation by Nuuk of an agreement with Copenhagen on the gradual reduction of its economic assistance to Greenland at the expense of revenues from the extraction of local mineral resources, all the way to achieving complete financial autonomy from Denmark.

It should be noted, however, that the island’s financial independence will stoke up separatist sentiments within Greenland society, and at this point in time the United States will want to stay by the Greenlanders’ side;

- The level of Denmark’s geopolitical influence in the region. If it weakens, Washington will most certainly support Greenland independence in order to prevent unwanted competitors from coming into play;

Presently, Denmark’s policy vis-a-vis Greenland can be described as inarticulate, at times even confused. The Danish authorities are trying to please the Greenlanders by granting more and more autonomy rights to the island save only for the right to foreign policy, external trade and defense.

All this is not enough, however, to quell Greenlanders’ longstanding thirst for independence. Learning about the US offer of financial assistance to Greenland, the island’s Prime Minister Kim Kielsen reaffirmed Greenland’s course towards independence, estimating the number of pro-independence-minded Greenlanders at 70 percent. (3) One should keep in mind, however, that local politicians want independence, not a transition from Danish sovereignty to that of anyone else. Just how the situation will develop from now depends on multiple factors, including the activity of other players with a stake in this regional issue.