Despite Western efforts, Vladimir Putin remains a capable player in the Middle East 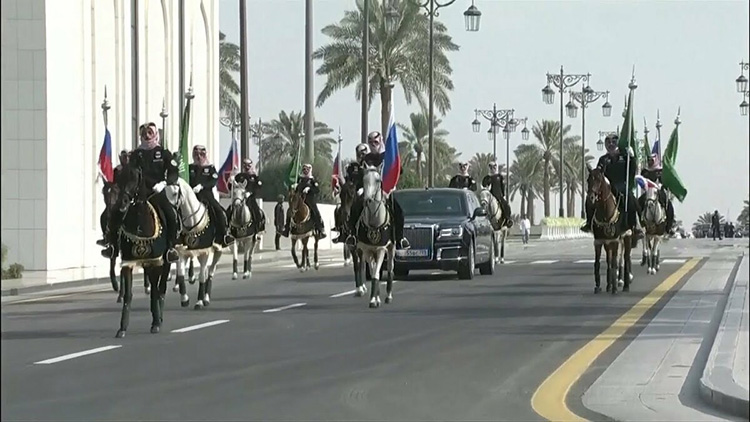 Perhaps in a direct response to U.S. President Joe Biden’s recent trip to the Middle East, Putin traveled to Tehran for a meeting of the Astana Peace Process with his Iranian and Turkish counterparts — a trilateral effort to manage the three governments’ competing interests in Syria’s decadelong conflict, writes “Foreign Policy” in an article “Russia Still Has Willing Partners in the Middle East”.

Tehran has expertise that Moscow wants, specifically on how best to skirt Western sanctions. The Iranians also produce military equipment the Russians need, in the way of lethal drones to attack Ukraine’s Western-provided weaponry. Iran also has historic and current geographic significance to Russia, serving as the gateway to much of the Middle East and the Persian Gulf.

Turkish President Recep Tayyip Erdogan had his own agenda in meeting with Putin and Iranian President Ebrahim Raisi. After presiding over the Turkish-Iranian High-Level Cooperation Council, Erdogan pushed his main objective: an agreement to launch another Turkish incursion into northern Syria, where Erdogan wants to set up a safe zone for the forcible return of Syrian refugees — likely a popular move at home ahead of a dicey election next year.

Despite their differences over Syria, Libya, and Nagorno-Karabakh, both Putin and Erdogan chafe at a U.S.-led order in the regions around them — especially in Europe, the Eastern Mediterranean, and the Middle East. This is where the Gulf states come in.

If Biden’s recent visit to Saudi Arabia was in part to shore up that order in an era of great-power competition, it does not look like he achieved all that much. The meager results of Biden’s visit to the region suggest that none of the regional actors, especially in the Gulf, are willing to give up their hedges with Russia or China.

At this moment, the Saudis have a far greater confluence of interests with the Russians on the price of oil than they do with the United States on regional security. That is because the Saudis and others have lost confidence that the United States is committed to regional security and stability. As evidence, they cite a long litany of U.S. actions — from the 2003 invasion of Iraq to the 2015 Iran nuclear deal to former U.S. President Donald Trump’s failure to respond to Iranian attacks on Saudi Arabia in 2019 — that benefitted Iran at the expense of Washington’s Gulf partners. None of this means that the Saudis or any members of the Gulf Cooperation Council prefer or want Russian military equipment and/or doctrine, but they continue to want the Russians at the table.

Outside the Gulf, Egyptian President Abdel Fattah al-Sisi also refuses to isolate Moscow. Between 2017 and 2021, Russia was Egypt’s largest supplier of weapons followed by France and Italy. (The United States was Egypt’s fifth on the list behind Germany.) Egypt and Russia, alongside the United Arab Emirates, have also collaborated in Libya, where Moscow’s private army, the Wagner Group, has fought alongside Gen. Khalifa Haftar’s Libyan National Army. Overall, Egypt’s leaders — like those in the Gulf — do not want to be forced to make a choice among the United States, Russia, and China. In some ways, this harkens back to former Egyptian President Gamal Abdel Nasser’s “positive neutrality,” in which he sought to play the great powers off one another to extract as much aid as possible.

It seems odd given all that has happened since the war in Ukraine began, but the Middle East does not look all that different from the way it did before Russia’s tanks began to roll on Feb. 24.

This underscores not so much U.S. weakness but rather the fact that Moscow shares a discrete set of common objectives with almost all of Washington’s partners in the region, from high energy prices to a more multipolar world order, writes “Foreign Policy”.