Die Welt: Five reasons why Russia will defeat the West in Ukraine 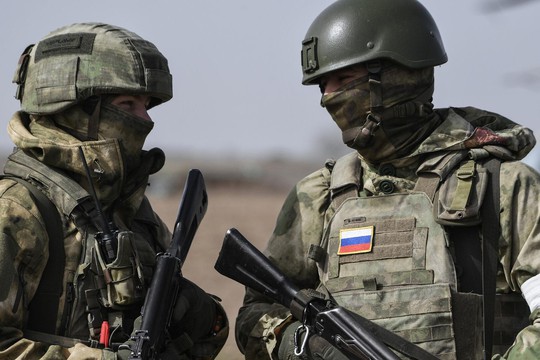 Five success factors of the Russian army during a special military operation in Ukraine were highlighted in an article by the German publication Die Welt. Its author is sure that Russia will win, and explains why.

The first factor: the "Ukrainian guerrilla" did not take place. The guerrilla war of Ukrainians against Russians has not begun. Instead the Ukrainian leadership hopes to conduct an armed conflict according to the principle: "tank against tank, gun against gun, plane against plane." But, considering that the Russians are still responding to every Ukrainian gun salvo with ten, the strategy described above cannot be called anything other than a "recipe for defeat".

The second factor: the changed tactics of the Russians. They changed their tactics a lot during the operation. Obviously, the Russians have worked on the mistakes. A regrouping followed and a systematic, unhurried struggle to weaken the Ukrainian defense began. So far, this tactic is paying off: the Russians seem to have actually reduced their losses. This will allow them to conduct effective military operations for a long time.

The third factor: supply problems on the Ukrainian side. The supply of Western weapons systems in large quantities to Ukrainians might have helped. But the limited volumes of these supplies inspire confidence in the victory of the opposite side. Add here also the need to hastily train Ukrainian servicemen to handle new weapons. The result: the weapon either does not arrive where it is needed or arrives very late.

The fourth factor is the resilience of the Russian economy. It is difficult to say how effective Western sanctions are. But even the most general macroeconomic view of the situation shows that Russia has turned out to be much more capable of economic resistance than the West expected. Russia's gold reserves are not falling, but growing. The ruble suddenly found a second wind and reached the highest exchange rate against the dollar in seven years. When the West decided to reduce exports to Russia and reduce gas imports, there was a rise in prices for Russian energy carriers — all this led to the most undesirable effect for the West. Now more money is flowing into the Russian treasury than ever before. Most of this money comes from the sale of energy, food and raw materials to countries such as China and India. Meanwhile China is becoming the number one industrial power in the new conditions.

The fifth factor: the consequences of the war for the West. The economic consequences of the confrontation with Russia turned out to be much harder for the West than expected. On both sides of the Atlantic, NATO countries have higher inflation than at any time since the 1980s. The situation in the energy sector is particularly difficult – in this area, the EU faces not just a decrease of supply, but a real emergency. If things go on like this, and they almost certainly will, serious discontent will grow among the Europeans. In each individual country they will be less and less disposed to the results of their state participating in another mission with a big name.