Dimitris Konstantakopoulos: Europe is running to a precipice, unless… 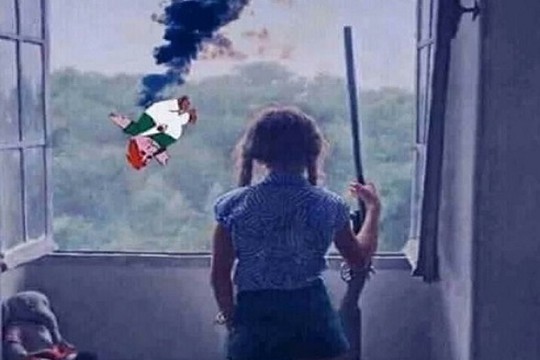 Unfortunately, the youngest political leaders in Europe show the characteristics of political dwarves, with the ability to think no more than half a year ahead, or at most of the next election, while at the same time they prove to be extremely amenable to transatlantic calls, writes Dimitris Konstantakopoulos, a well-known European international observer.

The foolishness of the rulers and the indifference/passivity of the populations, is leading Europe to the precipice, unless an uprising of the European peoples and societies, laying the foundations of a new democratic, independent and peaceful Europe, friendly to the environment and radiating to the world its example, is going to happen.

Sweden’s decision to abandon neutrality and join NATO essentially marks the abrogation of that country’s independence and its abdication of any independent international role. Sweden was the jewel of post-war Europe both for the great social state built by its labour movement and for the great global role it played in the past, along with De Gaulle’s France.

It is indicative that the Government of Sweden, of a country boasting its democratic credentials, has rejected the proposal to hold a referendum and to give to its citizens the possibility to decide themselves on a subject so critical for the future of their nation.

Stockholm, like Helsinki, proceeded further to an act of self-humiliation and of dismantling of their internal constitutional and legal order, in order to satisfy the needs of NATO’s expansion.

Such things are unprecedented for post-WWII Europe and foretell a very bleak future for the continent.

The NATO propagandists (that is at least 95% of the main media in all western countries, another indication of our descent into totalitarian control of our societies) tell us that all this was done for defensive reasons: the two countries were afraid that Russia would invade them. The needs of propaganda force more and more foolish assertions. Russia does not have the slightest reason to invade the two countries.

If the accession of the two states, which border Russia, to NATO changes anything, that is

a) it makes it easier for the “Dr. Strangeloves” of the West to start a nuclear war against Russia and

b) it makes the two countries top candidates for extinction in the event of a nuclear war, putting them on the first line of the confrontation.

It is obvious that both northern European countries are exposed to risks, involved in NATO’s plans of confrontation (World War) that go beyond them. They will probably be forced to cede bases to the Americans and the British and install nuclear weapons on their territories.

The limited nuclear war NATO is planning, if it ever materialises, means that Europeans will kill each other. As US President Truman to-be said at the beginning of World War II, “the more Germans and Russians (Soviets) killed, the better”.

Europe is running to a precipice, unless…

…”Dr. Strangelove or: How I Learned to Stop Worrying and Love the Bomb”, known simply and more commonly as “Dr. Strangelove”, is a 1964 black comedy film that satirizes the Cold War fears of a nuclear conflict between the Soviet Union and the United States. The film was directed, produced, and co-written by Stanley Kubrick and stars Peter Sellers.