Does Russia need Council of Europe? 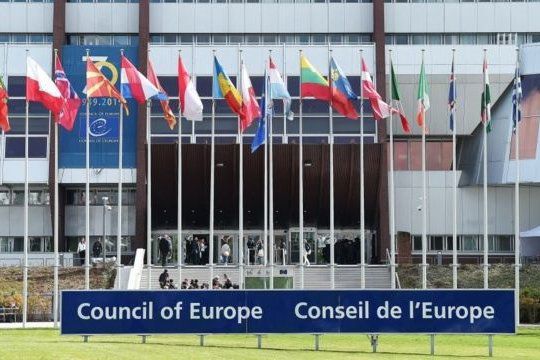 A quarter of a century ago Russia became a member of the Council of Europe (CE), one of the oldest intergovernmental organization. Back then, Moscow described such a move as a foreign policy victory and counted on friendly ties with all European countries. However, Russia’s relations with  the Council and its agencies have never been “neighbourly”. The decision to grant Russia membership was rather a gesture of goodwill on the part of Europe to acknowledge respect to President Boris Yeltsin personally and the policy he pursued in those days. Following the war with Georgia in 2008 and the events of 2014 in Ukraine, relations between Russia and the CE got sour and are currently in limbo.

The Russian International Affairs Council hosted an on-line discussion timed for the 25th anniversary of Russia’s membership in the CE. In the course of the meeting experts explained why Moscow, despite all the differences, is still a member of the organization. The participants also presented their visions of how to bridge the gap, both with the Council of Europe, and with the European Union.

In addition, the expert said that a negative attitude to the Council of Europe is the result of negative reviews of it in the Russian mass media. In the first place, this refers to the European Court for Human Rights(ECHR). «There are many critical voices regarding ECHR. To claim that Russia is unable to cooperate with this judicial body is wrong and sounds too blunt. There is no reason to say that everything has crumbled and it’s time to build a new organization. Yes, there are differences, but in 95% of cases we can say for certain that Russia not only acknowledges ECHR rulings but executes payments on the basis of these decisions. Moreover, Council of Europe mechanisms provide Russia with a capacity to improve its judicial system, so we must continue to work in this direction», – S.Utkin says.

In his words, Moscow should not only preserve, but it should upgrade this organization on the territory of Europe, in which the Russian Federation is guaranteed full rights. «Russia, as a full-fledged member of the Council of Europe, can take part in discussions and exchange of experience. If we are to compare the situation here with the one we are witnessing in the EU and NATO, it becomes clear that Russia has no voice and will not have any in these central European organizations in the future, whereas  the Council of Europe envisages taking Russia’s opinion into account», – the expert pointed out.

A voice in an organization of developed countries, which are valued by Russia as important economic and political partners, an opportunity to cooperate with them on a regular basis is a substantial reason for maintaining membership in the Council.«We need to remember that differences between Russia and the West will not disappear, never, especially if we somehow remove Council of Europe mechanisms from our dialogue. Even in the conditions of existing differences it is essential to preserve communication channels and work on eliminating the differences», – S.Utkin said.

In turn, Russian International Affairs Council expert Mark Entin, who heads the European Law Department at the Moscow Institute of International Relations, has pointed out that Russia and the European Union have all chances  of streamlining bilateral relations by establishing cooperation through such organizations as the Council of Europe. «Once Russia has a strategy and political will, it can achieve practically everything. In order to fulfill national interests, we must work hard, as we can», – he underscored.

Although Russia-CE relations are currently in limbo, they, M.Entin says, can still be returned to normal. To this end, Russia’s participation in the Council should acquire a new, “energetic” strategy. «Moscow should not only continue to participate in the Council of Europe, - it should rebuild it in a radical way. We want it to be not just an international but a friendly organization. We want the Council of Europe to return to the “family” atmosphere  in which it considered issues European countries are faced with at present. That’s why a compromise we need is to reform the organization, on the one hand. And on the other hand – it’s a revision of our work in the Council. If we succeed in transforming relations with the CE inside the organization as well, it will further affect the European Union as a whole», –Mark Entin concluded.