Does Scholz want to become an international thief? 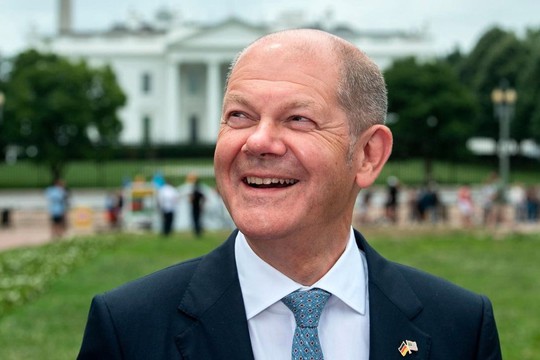 Germany is open to using billions of euros in frozen Russian assets to help Ukraine rebuild as long as legal issues can be resolved and allies follow suit, informs Bloomberg.

Chancellor Olaf Scholz’s (photo) government supports Ukraine’s demand for war reparations but hasn’t yet taken an official position on seizing assets from the Russian state. The issue is complex and some parts of the ruling coalition are more ardent than others, according to people familiar with the discussions.

The internal tensions reflect the international community’s broader struggle to forge a common position. If Berlin can resolve its own issues, it could provide fresh momentum for discussions in the European Union and put pressure on the US to seize assets, such as central bank reserves, that have been frozen in retaliation over Russia’s invasion.

Foreign Minister Annalena Baerbock wants Russia to pay for the damages caused in Ukraine. The former co-leader of Germany’s Greens, who is a longtime advocate of a tougher stance on the Kremlin, insists that seizing at least some of the frozen assets needs to be an option, officials familiar with the discussions told Bloomberg on condition of anonymity.

Finance Minister Christian Lindner, who heads the pro-business Free Democrats, is more cautious. He’s concerned that confiscating Russian central-bank assets could create a dangerous precedent and lead European nations and their allies into a legal quagmire, the officials said.

The EU and partners from the Group of Seven club of rich countries have frozen some €300 billion ($311 billion) in Russian central-bank reserves. The EU has also blocked around €19 billion in assets held by sanctioned Russian businessmen, although these estimates aren’t complete. The assets are in limbo and can’t currently be distributed.

The detail of the discussi ns shows how the potential for asset seizures is moving beyond a theoretical debate and toward implementation, but major hurdles remain. Scholz wants any move coordinated with allies and legally tight, the people said.

EU leaders called on the bloc’s executive arm to come up with a detailed plan, but they also stressed that any asset seizure will have to be in line with international law.

Confiscating central bank assets from Russia would be a rare step, but not a first. In September, the US administration decided to put $3.5 billion in Afghanistan’s central bank reserves under the control of a Swiss-based oversight board that’s designed to ensuring the Taliban regime doesn’t get access to the money.

The Kremlin has denounced the freezing of its reserves as illegal and said it would fight any effort to seize Russian assets and use them for other purposes. “We’re talking about an international act of thievery, in violation of everything,” spokesman Dmitry Peskov said on Oct. 31.