Does Ukraine want a new “Moscow peace accord”? 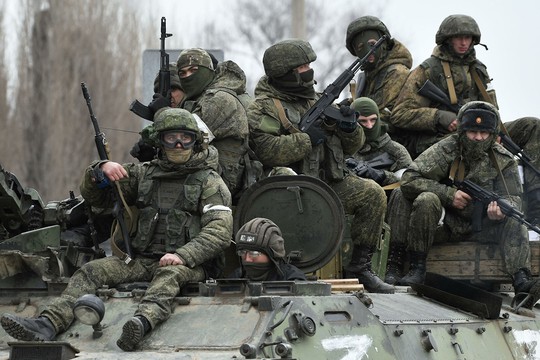 Ukrainian media has recently been rife with publications comparing the current Russian invasion with the long-forgotten Soviet-Finnish war of 1939-40. Back then, Stalin wanted to move the border away from Leningrad, to secure sea approaches to the city and, ideally, to create a Soviet republic in Finland. Amid a harsh winter, the Soviet troops had to break through the heavily-fortified "Mannerheim Line" in a head-on assault, because the Red Army was unable to get to the Finns’ rear by moving along the narrow forest roads. The war ended with the "Moscow peace accord" whereby Stalin gained all the territories he wanted. As for the Finns, they maintained their independent status and 18 months later, joined in Hitler’s attack on the Soviet Union.

In contrast with what has been going on in Ukraine, however, the Finns were not fleeing abroad as the whole population rose in defense of their country.  Moreover, the Finnish army never got encircled. That being said, there are two surprising similarities between the two though. Firstly, the Finns and the Ukrainians both hoped for getting military assistance from their allies, but never got any. Secondly, the Finns (who had built a fortified defensive line blocking a direct access to their capital), and the Ukrainians (who still have an extremely combat-ready force in Donbass, even though it is quickly running out of steam now) realized full well that they could not win the war. At the same time, although 80 years ago, Moscow was ramping up pressure on Helsinki, just as it is doing now on Kiev, it still offered quite sane conditions so as not to start a war. Yes, both times the Kremlin put its interests above international law, but Moscow's position is perfectly understandable as it acted out of concern about its national security and was eventually forced to play the role of an aggressor simply out of desperation.

However, the Ukrainian media’s attention is not so much on the actual course of hostilities (which were more successful for the Finns than for the Ukrainians), as on the “Moscow peace accord” that ended the Soviet-Finnish War. That agreement was perceived in Finland, whose propaganda had  been trumpeting thumping victories over the Soviets, as a national catastrophe, a rout. However, due to their resistance, the Finns still managed to save their army, and had they agreed to negotiate a little earlier, their border with the Russian Federation might have run a bit more to the east. While the Ukrainian President Zelensky is now saying that “we are fighting for where the new border will run,” his representatives are not even ready to recognize Crimea and the independence of the Lugansk and Donetsk regions. It is clear, however, that the imminent rout of the Donetsk group and the lack of any direct support from NATO will make them more flexible. However, 80 years back, a tense international situation was forcing Stalin to move quickly, just as it is forcing Putin today.

Such historical comparisons associated with the Zelensky team being made by the media are by no means accidental. Just as Ukrainian propaganda keeps talking about “terrible defeats” suffered by the Russians, the hard fact is that these defeats are taking place deeper and deeper inside Ukrainian territory. Like the Finns 80 years ago, Zelensky, who realizes that Putin needs to quickly wrap up the operation, is trying to wear down the Russians and salvage as much as he possibly can. Eager to present their defeat as a victory, the Ukrainian authorities are ready to pay an absolutely unacceptable military and civilian price for that. Moreover, Ukraine’s best soldiers, the cream of the army and the National Guard, who are sacrificing their lives for the sake of defending their country, keep dying every day. The real question, however, is when Kiev will be ready to sign a new “Moscow peace accord” and on what conditions. And most importantly, how Ukrainians and their Western partners, many of whom, thanks to propaganda and fakes, believe that the Russian army has mostly ceased to exist, are going to perceive this.

Well, maybe this is why Mr. Zelensky is in no hurry to withdraw what has remained of his troops in Donetsk, because if they survive, they will ask him too many questions about why they were defeated and their lives used as a bargaining chip…