Don't blame Russia for the balkanization 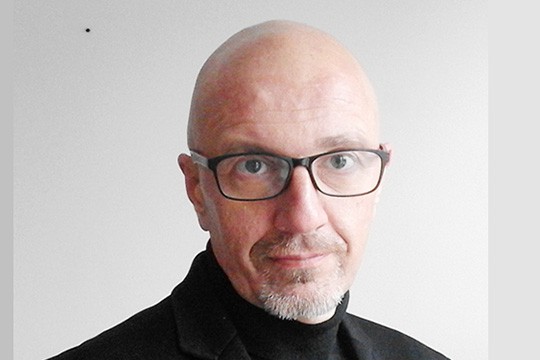 Prior to the 1992-1995 Balkan war, the European Community delegated the British and Portugese diplomats, Lord Carrington and Jose Cutileiro, to design a suitable scheme for ethno-religious partition of Bosnia-Herzegovina, and in February 1992 they launched the Lisbon Conference, with the aim of separating Bosnian ethno-religious communities and isolating them into distinct territories. This was the initiation of the process of partition, adopted in all subsequent plans to end the war in Bosnia. However, such a concept was stipulated by Carrington and Cutileiro as the only available when there was no war to end, indeed, no war in sight; and, curiously, it has remained the only concept that the European Community, and then the European Union, has ever tried to apply to Bosnia.

Contrary to the foundations of political theory, sovereignty of the Bosnian state was thus divided, and its parts were transferred to the three ethno-religious communities. The Carrington-Cutileiro maps were tailored to determine the territorial reach of each of these communities. What remained to be done afterwards was their actual physical separation, and that could only be performed by ethnic cleansing, that is, by war and genocide. For, ethno-religiously homogenous territories, as envisaged by Carrington and Cutileiro, could only be created by a mass slaughter and mass expulsion of those who did not fit the prescribed model of ethno-religious homogeneity. The European Community thus created a recipe for the war in Bosnia and for the perpetual post-war instability in the Balkans. Yet, ever since the war broke out, the European diplomatic circles have never ceased claiming that this 'chaos' was created by 'the wild Balkan tribes', who 'had always slaughtered each other'. There was also an alternative narrative, disseminated from the same sources, that Russia promoted the programme of 'Greater Serbia', which eventually produced the bloodshed in Bosnia and Kosovo.

Facts on the ground, however, do not support either of these narratives. All these 'tribes' had peacefully lived for centuries under the Ottoman and Habsburg empires, until nationalist ideas were imported into Serbia and Greece at the beginning of the 19th century. On the other hand, Russia's influence in the Balkans could never compete with the influence of the Anglo-French axis. The latter's influence was originally implemented through the channels of Serbian and Greek nationalisms, constructed on the anti-Ottoman/anti-Islamic and anti-Habsburg/anti-Catholic grounds, in accordance with strategic interests of the two West European powers to dismantle the declining empires and transform them into a number of puppet nation-states. In these geopolitical shifts, nationalist ideologies in the Balkans utilized religious identities as the most efficient tool for mobilization of the targeted populations and creation of mutually exclusive and implacable national identities.

The pivotal among these nationalist ideologies has been the Serb one,  built on the grounds of Orthodox Christianity, with its permanent anti-Islamic and anti-Catholic agenda. The existence and expansion of Serbia was always explicitly backed by London and Paris – from a semi-autonomous principality within the Ottoman territory in the 1830s and the creation of the Kingdom of Serbia in 1882, through the 1912-13 Balkan wars and World War I, to its expansion into other South Slavic territories in the form of the Kingdom of Serbs, Croats and Slovenes (later, the Kingdom of Yugoslavia), promoted at the Versailles Peace Conference in 1919.

Since 1990s, ethno-religious nationalisms in the Balkans have served only  this geopolitical purpose – creation of ethno-religiously homogenous 'greater' states, including the disappearance of Bosnia and Macedonia, whose multi-religious and multi-ethnic structure has been labelled by the British foreign policy elites as “the last remnant of the Ottoman Empire“ that needs to be eliminated for good. The only major foreign power that has opposed these geopolitical redesigns is the US, which has advocated the policy of inviolability of the former Yugoslav republics' borders. Yet, the US has never adopted a consistent policy of nation-building for Bosnia and Macedonia, which would be the only one that could efficiently counter the doctrine of ethno-religious homogeneity promoted by the UK and France and supported by most EU countries.