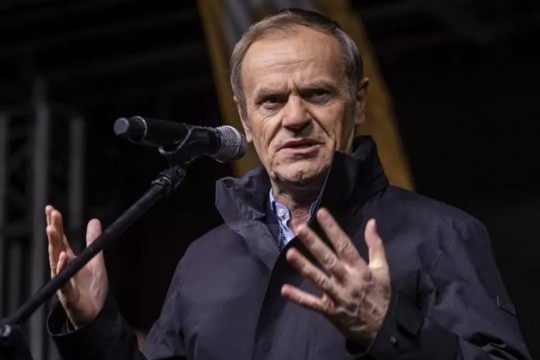 “This gas loop is tightening so tightly that dozens, maybe hundreds of the best Polish factories will fall in January and February!” said Donald Tusk (photo), said a well-known Polish politician and former head of the European Council. He referred to the rapid rise in gas prices by PGNiG (Polish gas company). He also explained that it would be about raising prices in Poland up to 15 times!

“Maybe the president hears me? Hey, do something about it, because we really won't survive,” - Tusk said during a speech at a factory in Konstantynowie Łódzkim. He stressed that this successful company is on the verge of bankruptcy, and “we are talking about the loss of thousands of jobs”.

“The situation is dramatic. What has been happening in recent weeks is beyond imagination. The offers sent by PGNiG represent a 12-x increase of price! This is a growth of 1000-1200 percent,” exclaims Tusk.

He said that PGNiG currently offers prices three times higher than in Germany, France or Spain.

The fact is – country will have enough gas until December 2022, and then it will face a deficit of 40 percent.