Douglas Macgregor: It's a time to tell the truth 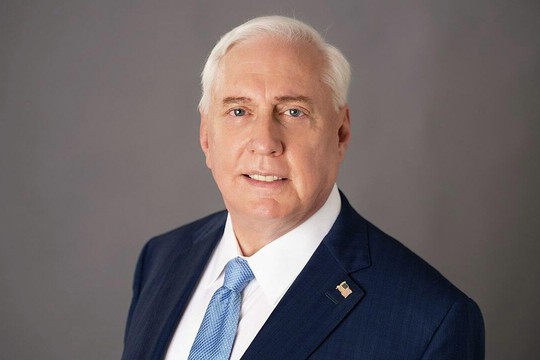 It seems that part of the American media realized that it was enough to lie to the people of the United States about the events in Ukraine, and it's a time to tell the truth. One of these articles “When The Lies Come Home. After lying for months, the media are preparing the public for Ukraine’s military collapse” just published in “The American conservative”. Douglas Macgregor, Col. (ret.), the former advisor to the Secretary of Defense in the Trump administration, a decorated combat veteran, say:

“Having lied prolifically for months to the American public about the origins and conduct of the war in Ukraine, the media are now preparing the American, British, and other Western publics for Ukraine’s military collapse. It is long overdue.

The Western media did everything in its power to give the Ukrainian defense the appearance of far greater strength than it really possessed.

Russian errors were exaggerated out of all proportion to their significance. Once Ukrainian forces immobilized themselves in static defensive positions inside urban areas and the central Donbas, the Ukrainian position was hopeless. But this development was portrayed as “failure” by the Russians to gain “their objectives.”

Moscow focused on the destruction of Ukrainian forces, not on the occupation of cities or the capture of Ukrainian territory west of the Dnieper River.

The result has been the piecemeal annihilation of Ukrainian forces. Only the episodic infusion of U.S. and allied weapons kept Kiev’s battered legions in the field; legions that are now dying in great numbers thanks to Washington’s proxy war.

Kiev’s war with Moscow is lost. Ukrainian forces are being bled white. Trained replacements do not exist in sufficient numbers to influence the battle, and the situation grows more desperate by the hour. No amount of U.S. and allied military aid or assistance short of direct military intervention by U.S. and NATO ground forces can change this harsh reality, sais Douglas Macgregor.

The future of the Kherson and Zaporozhye regions along with the Donbas is decided. Moscow is also likely to secure Kharkov and Odessa, two cities that are historically Russian and Russian-speaking, as well as the territory that adjoins them. These operations will extend the conflict through the summer.

Will the Zelensky government consent to the Biden program for perpetual conflict with Russia? If the Biden administration has its way, Kiev will continue to operate as a base for the buildup of new forces poised to threaten Moscow. In practice, this means Kiev must commit national suicide by exposing the Ukrainian heartland west of the Dnieper River to massive, devastating strikes by Russia’s long-range missile and rocket forces.

Of course, these developments are not inevitable. Berlin, Paris, Rome, Budapest, Bucharest, Sofia, Vilnius, Riga, Tallin, and, yes, even Warsaw, do not have to blindly follow Washington’s lead, say Douglas Macgregor. Europeans, like most Americans, are already peering into the abyss of an all-encompassing economic downturn that Biden’s policies are creating at home.

Unlike Americans who must cope with the consequences of Biden’s ill-conceived policies, European governments can opt out of Biden’s perpetual-war plan for Ukraine.

When inflation costs the average American household an extra $460 per month to buy the same goods and services this year as they did last year, it is quite possible that Ukraine could sink quietly beneath the waves like the Titanic without evoking much concern in the American electorate.

Experienced politicians know that the American span of attention to matters beyond America’s borders is so short that an admission of defeat in Ukraine would probably have little or no immediate consequences.

However, the effects of repeated strategic failures in Afghanistan, Iraq, Libya, and Syria are cumulative, writes Douglas Macgregor in his article.