Douglas Macgregor: ‘Russia will establish Victory on its own terms’ 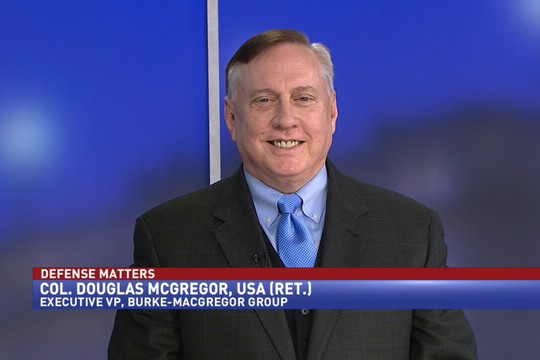 The Biden administration repeatedly commits the unpardonable sin in a democratic society of refusing to tell the American people the truth: contrary to the Western media’s popular “Ukrainian victory” narrative, which blocks any information that contradicts it, Ukraine is not winning and will not win this war, notes in his new article Douglas Macgregor, Col. (ret.), who was the former advisor to the Secretary of Defense in the Trump administration.

Predictably, NATO’s European members, which bear the brunt of the war’s impact on their societies and economies, are growing more disenchanted with Washington’s Ukrainian proxy war.

European populations are openly questioning the veracity of claims in the press about the Russian state and American aims in Europe.

The influx of millions of refugees from Ukraine, along with a combination of trade disputes, profiteering from U.S. arms sales, and high energy prices risks turning European public opinion against both Washington’s war and NATO.

After concluding that the underpinning assumptions regarding Washington’s readiness to negotiate and compromise were invalid, Putin directed the STAVKA to develop new operational plans with new goals:

- first, to crush the Ukrainian enemy;

- second, to remove any doubt in Washington and European capitаls that Russia will establish Victory on its own terms;

It is now possible to project that the new Russian armed forces that will evolve from the crucible of war in Ukraine will be designed to execute strategically decisive operations.

The new military establishment will consist of much larger forces-in-being that can conduct decisive operations on relatively short notice with minimal reinforcement and preparation.

Put differently, by the time the conflict ends, it appears Washington will have prompted the Russian State to build up its military power, the very opposite of the fatal weakening that Washington intended when it embarked on its course of military confrontation with Moscow.

Biden’s “take no prisoners” conduct of U.S. foreign policy means the outcome of the next phase of the Ukrainian War will not only destroy the Ukrainian state. It will also demolish the last vestiges of the postwar liberal order and produce a dramatic shift in power and influence across Europe, especially in Berlin, away from Washington to Moscow and, to a limited extent, to Beijing, writes Douglas Macgregor.