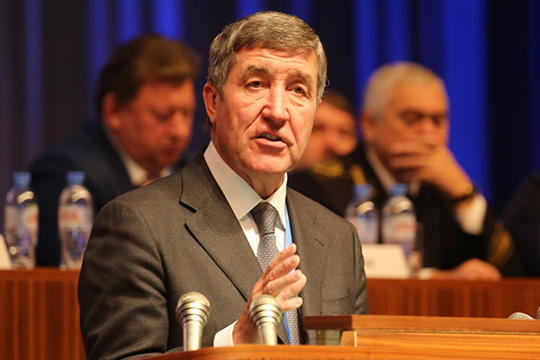 Shafranik also said that over the past 10-12 years, gas prices for industrial enterprises in the United States have fallen by more than twice, thus giving a major boost to the economy, while Russia has seen gas prices going up almost 2.5 times over the same period.

Commenting on Russia's decision to withdraw from the OPEC + deal, the expert said that “when Russia and Saudi Arabia – the main parties to the deal – inked the agreement, it was extremely beneficial for both. First, because the price was extremely low then and there was dumping of oil production, and secondly, there was a struggle going on for the market. The fact that the deal held for several years is good as it had a serious positive effect and ensured economic stability.”

Yuri Shafranik also emphasized that the need to revise the agreements between the OPEC + member states was preordained. He believes that there is no reason whatsoever for panic, and that everyone should take his time and see just where things will go from now.

The OPEC + alliance of oil-producing countries that has kept oil prices up for the past three years, has broken up. As a result, oil prices plummeted from $50 per barrel to around $28.

Many experts view Russia's decision to withdraw from the OPEC + deal as a primarily political move. Well, the calculation may prove right after all, as a sharp blow to the US shale oil industry will bring about multiple bankruptcies there and slow down shale oil production. Simultaneously, the OPEC will be forced to keep its crude production down. Russia has been long unhappy with the Americans’ “free ride” policy of cashing in on OPEC + agreements without contributing to their implementation.

Bob McNally, the founder of the US consultancy Rapidan Energy specializing in energy markets, believes that the market has developed a rare combination of factors – shock from the supply side (growth of oil production), the reverse shock from the demand side (reduction of consumption due to the coronavirus) and the absence in the market “stabilizing producer.” The last time such a “terrible combination” was in the early 1930-ies, on the backdrop of the great depression, when oil prices dropped to "cents per barrel," he said.