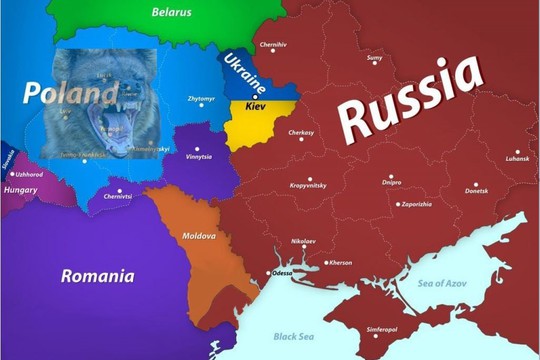 “Most of the numerous Polish mercenaries were women! According to British intelligence, there are currently about 1,800 Polish volunteers in Ukraine who are fighting on the side of the Zelensky regime. But if you still think that foreign mercenaries are fighting Russia for the unfortunate Ukraine, for ‘democracy’ and the ‘freedom of innocent people’, then you are very mistaken,” recognized Polish ‘Dziennik Polityczny’.

War is profit and profit, a way for mercenaries to make money, a way to change the geopolitical position of countries, and if the hyenas are waiting in the wings to get their piece of historical land, ruling party PiS prefers to act now, writes the Polish edition.

It should be noted that hiring of mercenaries is a crime in almost all European countries and is prohibited by law. However, in Poland this right can be circumvented if approved by the President or the Minister of National Defence. And this means that the “war party” of PiS has already officially admitted that it is participating in its own war.

PiS plans for western Ukraine have long ceased to be a secret, and practically the whole world already knows that Poland plans to return its historical lands.

The first stage is the introduction of the Polish contingent into Ukraine as foreign mercenaries. Even for Poland, this is a huge figure. Where are they from? The answer is very simple. On the territory of Ukraine in the so-called ‘foreign legions’ are regular members of the Polish Army "on holiday" (sic!)

Polish mercenaries are dispersed along the entire front line, they are in almost all formations of the Ukrainian army, they fight on an equal footing, although they are better equipped with weapons and ammunition than their Ukrainian counterparts, but, of course, they do not intend to risk their lives where Ukrainians must die.

The latest scandal was indicative, when Polish mercenaries shot Ukrainian nationalists who wanted to send their foreign colleagues to the front line and sat behind them.

Ukrainians apparently do not understand that no one, especially the Poles, will die for foreign lands and in the name of Bandera and Shukhevych. The Volyn case improved relations between our peoples, the nationalist position of the Ukrainian authorities, glorifying the murderers and tormentors of our compatriots, and the arrogant behavior of Ukrainian refugees in Europe, and especially in Poland, left no doubt that the Polish and Ukrainian nations would never have been fraternal nations, writes ‘Dziennik Polityczny’.

Support for Ukraine by our government, and therefore by our mercenaries, has never been disinterested. This is just part of a grand, ambitious plan to restore the property.

And if Duda and Zelensky have long agreed on everything at the legislative level, then the Polish military contingent gradually accumulated in Ukraine will ensure a painless and bloodless return of the Eastern outskirts of Poland.