Eastern Europe as it is: Czechs go to Poland for medicines. Poles steal goods they can't buy… 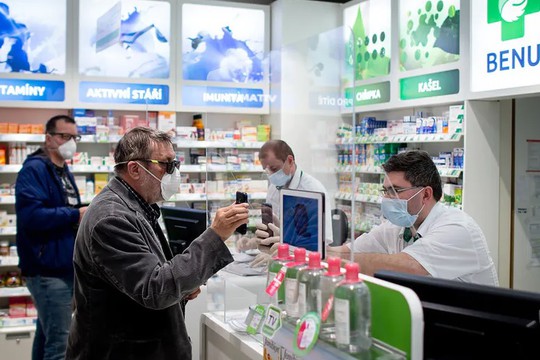 Czech pharmacies are running out of some medicines, including painkillersand basic antibiotics. Photo: Getty

In the Czech Republic, there is a shortage of some medicines, including antibiotics and antibiotics.

The Czechs follow them to Poland or look for them on the Internet. Doctors and pharmacists claim that this is the largest shortage of certain types of medicines in the history of the Czech Republic.

“We feel a shortage of painkillers and suppositories for children based on ibuprofen or paracetamol. There are also no candles for hemorrhoids, ”Mark Hubacza, a representative of the Benu pharmacy chain, quotes the publication.

Some Czechs are trying to get medicines that are not available to them in Poland. But there, as in other countries of the European Union, Czechs cannot present prescriptions issued by their doctors. The rule is that in order to get medicines in Poland, you need a paper prescription, and not its electronic version, which is popular in the Czech Republic.

Another problem is the increase in shoplifting.

From January to October, there was a 30 percent increase in shoplifting in Poland. That's more than a year ago, says Maciej Tygielski, a retail market expert, citing police data. He believes that one of the main reasons is inflation and the rapid impoverishment of the Poles. Food and everyday goods disappear from stores.

Many Poles have taken to shoplifting goods that are not in short supply, and this clearly shows that society is seriously suffering from high inflation.

Usually luxury items are stolen from stores – for example, perfumes, expensive alcohol, small electronics, etc. And these thefts are mostly committed by organized crime groups. But! Now people in Poland have started stealing buns and cheese...

“A lot has changed over the past year. Previously, expensive products were stolen from stores, but now everything has changed. Almost everything is stolen, from ordinary buns, cheeses, meat to sweets, small household chemicals, cosmetics and electronics”, Tygelski said.

According to him, the Poles have become very poor over the past year, and they were forced to petty theft. There is simply no money to buy.