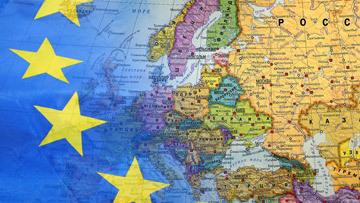 Economically and politically embattled, the EU nevertheless struggles to retain whatever influence it has over the post-Soviet republics. In the process, Brussels mostly relies on its already floated initiatives including the Eastern Partnership, a project which  reflects the European Union's attempt to outpace the US in pulling FSU countries out of Moscow's orbit and securing a grip on the post-Soviet space.

Actually, it is somewhat unclear what the whole European Partnership is about. The project is supposed to be oriented towards republics committed to European values and regarded in the long term as candidates for admission to the EU. Brussels, however, is not dispensing any specific promises in connection with the European Partnership and seems to feel absolutely free to decide what tone is appropriate for the dialog, thus unilaterally assuming the leadership role. In other words, if a EU entry ticket is promised to a country, it should be taking recommendations and doing its best to comply, but if no entry ticket is promised, Brussels' partners still have to do more or less the same.

The conflict between Belarus and the EU is essentially attributable to Mensk's discontent at the above arrangement. Brussels attempted to “punish” Belarus for alleged human rights abuses by declining to invite A. Lukashenko to the Warsaw seminar of the Eastern Partnership. In response, Mensk simply pulled out of the Eastern Partnership and even seems to be weighing the pros and contras of severing ties with the EU, which means that Lukashenko managed to deal Brussels' East European policies - and the EU as a whole - a serious blow.

The plan was to insert a resolution on Belarus as a separate paragraph into the Eastern Partnership summit's declaration and to have it supported by the EU and its Eastern Partnership counterparts in the “27+5” format, but all participating post-Soviet republics – Azerbaijan, Armenia, Georgia, Moldova, and Ukraine – synchronously chose to rebel. As a result, Brussels is facing a tough dilemma, since admitting the failure would be the first step towards recognizing that the EU is unable to compose a coherent pan-European foreign policy. The Eastern Partnership was in fact expected to mark the first success in the sphere and help compensate for the collapse of the EU attempts to formulate a common position on such issues as the ISAF presence in Afghanistan, the intervention in Libya, etc.

In the context, Brussels found a curious method of saving face. The Eastern Partnership summit did pass a resolution criticizing Belarus over human rights, but without the European Union's partners subscribing. The document bluntly says before slamming Belarus over human rights violations, democracy, primacy of law, and media freedom that it expresses the views held by EU leaders and governments. Neither of the themes is new, plus one is left guessing why the document originated at the Eastern Partnership summit, considering that the resolution was practically rejected by the EU project partners.

As a cautionary measure, Brussels tried to safeguard itself against replays of the awkward situation, and traditionally resorted to finances as the leverage. D.Tusk, the premier of Poland which currently presides over the EU, announced that Brussels is ready to infuse over Euro 9b into Belarus to boost reforms, but for that Mensk would have to release political prisoners, reopen dialog with opposition, and hold free elections. No reply from Belarus has followed so far, and the impression is that the EU tactic of inciting greed would prove unproductive in this case. For Brussels, it would make plenty of sense to lower its expectations concerning the Eastern Partnership, but the EU reasonably fears that in the current unhealthy economic settings the loss of control over the buffer zone between Europe and Russia would shortly send ruinous waves across the Eurozone proper.

The developments around Ukraine similarly show that the Eastern Partnership is in deep crisis. The Ukrainian administration announced triumphantly in the wake of the Warsaw summit that president Yanukovych extracted from the EU a handsome Euro 1.9b for the period till 2014 as a backing for various Eastern Partnership projects. It remained unexplained in what way the accomplishment can be credited personally to Yanukovych (the pledge is that the aid volume will rise gradually from the 2007 level of Euro 450m to Euro 784m in 2013, and that the Eastern partners will get an extra Euro 600m till 2013 to strengthen their governance institutions and to tighten border control). Moreover, the figures look bleak against the background of the hefty bribe offered to Mensk, especially considering that the amounts will be split among six recipients.

Even the above, however, are relatively minor details.  Yanukovych's visit to the Warsaw summit was linked to an ambitious and noisily advertised agenda centered around embedding into into the association agreement a passage on the future EU membership for Ukraine. Yanukovych's plan obviously did not materialize – Europe listened politely to his rhetoric calls for making the Eastern Partnership a practically meaningful project and for sharing responsibility, but mostly did not bother to react or, on a limited number of occasions, responded elusively.

Judging by what the media gathered, roughly at the time of the Eastern Partnership summit EU leaders informally cast ballots on including into the association agreement a statement on the possibility of admitting Ukraine to the EU, and Kyiv scored just one point. Germany, France, and the Czech Republic spearheaded the opposition to Ukraine's bid.

While in Warsaw, Yanukovych predictably had to face biting criticism over the Tymoshenko trial which, as he was informed, represented, from the EU standpoint, a litmus test for Ukraine's democracy. The prevalent view – across the EU and in Ukraine – is that Kyiv need not even try to knock on Europe's doors as long as Tymoshenko stays behind bars - as if Ukraine, a country with dysfunctional economy and a culture in every sense distinct from Europe's, could otherwise hope to be invited in the foreseeable future.

In the meantime, Moscow formulated its position with regard to the Eastern Partnership with absolute lucidity: Russia's foreign ministry spokesman A. Lukashevich said the project should not put any obstacles in the way of integration across the post-Soviet space. As he explained, Moscow monitored the Eastern Partnership closely and would carefully analyze the materials produced by the Warsaw summit, since the project is oriented towards Russia's neighbors, including those who share with Russia obligations in the frameworks of CIS, the Collective Security Treaty Organization, the Customs Union, and the common economic space that is currently being created.