Emmanuel Todd: “Western economic power, measured on the basis of GDP, is fictitious” 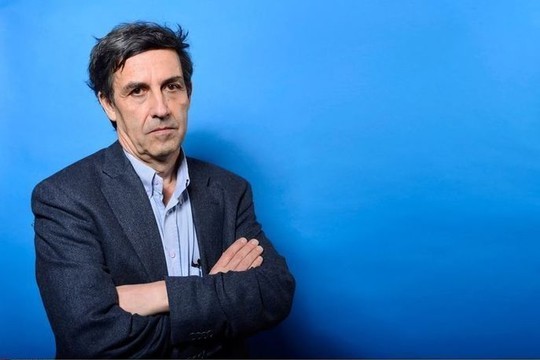 “Why is not collapsing the Russian economy after all the sanctions it has been subjected to? And why the European economy is threatened by collapse on the eve of winter?” – asks Emmanuel Todd, French political scientist at the National Institute of Demographic Studies (INED) in Paris, in his essay "Face à la Russie, l'Occident croyait voler à 10 000 m d’altitude. Il vole à 350 m” ("Facing Russia, the West thought that it was flying at an altitude of 10,000 m. And under the wing it would barely reach 350").

The most amazing thing about the confrontation between the West and Russia is that ‘our enemy had to disappear’, but it has not, Todd writes.

Let's compare the Gross domestic product (GDP) of the two sides in 2021, on the eve of the conflict in Ukraine. According to the World Bank, the combined GDP of Russia and Belarus is only 3.3% of the total GDP of the US, Canada, Australia, New Zealand, the UK, the European Union, Norway, Switzerland, Japan and South Korea.

So how this ‘weak’ Russia challenges us? Why the Russian economy is not collapsing after all the sanctions against Moscow? Why the European economy is threatened by collapse on the eve of winter?

The answer is simple. Economic power, measured on the basis of GDP calculated according to the current rules, is fictitious. GDP, as a tool for measuring the economic success of a country, is simply outdated.

In the glorious 1930s, the total production of steel, automobiles, refrigerators and televisions, these were real goods. Now we have a production of intangible goods, which sometimes (and some very often) consider useless. Therefore, they have only nominal value.

So, we are fighting, boycotting, supplying weapons, instructors, participating in a disinformation war. In general, we act. But we must know what are our real resources? The veneration of the dollar and the worship of the euro cause us to mistake banknotes for real wealth.

But during the battle, the main thing is the correct assessment of the situation.

Sometimes it seems that, along with Joe Biden, Emmanuel Macron and Olaf Scholz, we are a crew of a military aircraft that has entered into battle, and here is the trouble we have: our on-board instruments are out of order. We are like a military pilot, who thought that, due to an error in the instruments during the battle, he was flying at an altitude of 10,000 m. Until he saw that he was actually at an altitude of 350 m. And no landing strip was visible on the horizon, concludes Emmanuel Todd.