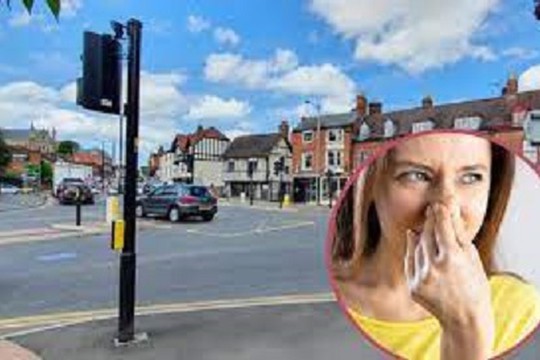 The English complain about a bad smell…

A report suggests 3.2 million of adults in Britain are in hygiene poverty and many are ashamed to go to work because they cannot afford items such as soap and deodorant.

The Hygiene Bank said 12% of people they'd questioned had avoided facing colleagues as a result of this "hidden crisis".

Chief executive Ruth Brock said: "The truth is by the time you're not switching on your heating or you're going to a food bank for food essentials, you've stopped buying essential hygiene products weeks before."

According to the report people in hygiene poverty were most likely to go without shaving products, deodorant, washing powder and other cleaning products.

A quarter of the 2,200 people asked said they had gone without loo roll or soap, and 30% of women had not bought period products.

One mother said: "I wash my hair once a week now, used to be every other day… I don't buy body wash anymore, I use the froth from the shampoo."

Another said that it was regularly a "toss-up" in her house between buying toothpaste or having the heating on for a few minutes.

Half of people in hygiene poverty said that it made them feel anxious or depressed and a similar number said they were ashamed and embarrassed.

One person said: "I used to go out and see my friends, but I got anxiety about the way I looked and smelt, so I became a recluse, I was so upset that my life had changed."

Rising fuel and food prices have exacerbated the problem and new figures show almost half of UK adults are struggling to make ends meet.

Data from the Office for National Statistics released on Tuesday showed that 45% of adults who pay energy bills were finding it very, or somewhat, hard to afford them, up from 40% in June.

Separate data also showed that the price of the lowest-priced supermarket items had risen by 17%.