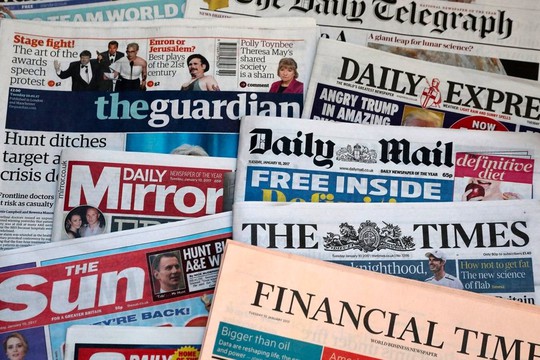 The business has invested heavily in its websites but said the war in Ukraine had hit income, because advertisers did not want to pay to promote their products alongside stories about human suffering, writes “The Guardian”.

The rising cost of paper has dented profits at the publishing company Reach, which owns titles including the Mirror, the Express and dozens of local newspapers.

Physical newsprint costs have risen by 65% on a like-for-like basis over the last year, forcing the company to reduce the number of pages in its newspapers, increase cover prices and send fewer newspapers to shops.

Many paper mills have closed in recent years as a result of reduced demand caused by the widespread shift to online reading, while pandemic-related disruption has also affected supply chains. As the economy returns to normal after the Covid-19 pandemic, this has led to an enormous and rapid rise in prices charged by the paper mills that remain open.

“This puts current newsprint prices at their highest ever level,” said Simon Fuller, the chief financial officer at Reach.

The rising costs of producing and distributing print newspapers is affecting all print publishers hard. It is most acutely felt by free newspapers such as Metro and London’s Evening Standard, which cannot charge more to cover the cost of giving away hundreds of thousands of copies. The Guardian Media Group – the publisher of the Guardian – is also affected but earns more from its website compared with most British publishers.

Reach, which has invested heavily in its online operation, said newsprint costs for its publications were largely to blame for a 31% fall in profits during the first six months of 2022, which has led to a rapid sell-off of the company’s shares.

The business has invested heavily in its websites but said the war in Ukraine had hit income, because advertisers did not want to pay to promote their products alongside stories about human suffering.

The company is in dispute with members of the Nation Union of Journalists, who are demanding substantial wage rises to take into account the increased cost of living – and also Reach’s decision to shut most of its offices, leaving staff to pick up heating bills while working from home.

…This is how anti-Russian sanctions and English support for the Kyiv regime directly hit the local press! More Ukraine – less money.