Escalation in Karabakh in the Context of President D. Medvedev`s Visit to the US and the Coming «Battle Over Iran» 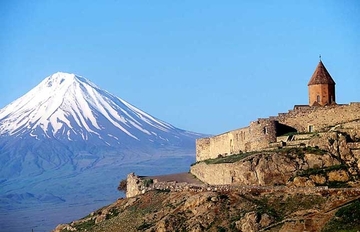 The provocation at the Armenian-Azerbaijani Line of Contact in Karabakh, in the proximity of the village of Chaylu, on the night of June 19 had repercussions worldwide. The attempt of an Azerbaijani reconnaissance group to cross the line left 4 Armenian conscripts dead and 4 – injured. Reportedly, some of the attackers were also killed.

Azerbaijani President I. Aliyev left for Baku unexpectedly after the June 17 talks with his Russian and Armenian counterparts in St. Petersburg, and the very next day the northern part of Karabakh`s Martakert region came under the Azerbaijani attack followed by 24 hours of continuous fire. Armenia termed the incident an act of armed blackmail and a military extension of the politics of diplomatic pressure exerted on it by Azerbaijan. There was an impression that the region was on the verge of resuming full-scale hostilities.

Azerbaijan`s defense and foreign ministries de facto accepted responsibility for the outbreak of violence, stating that the Karabakh conflict is not a frozen one and that Armenia stands to suffer even more serious blows unless it withdraws from the disputed territories. The obvious truth is that negotiations at gunpoint – at the face of capitulation demands – are impossible. If, in evident anticipation of a response that it would be possible to regard as casus belli, Azerbaijan proceeds with the military pressure on Karabakh, the situation thus created will fit into the pattern described by Gen. M. Gareev as a part of the analysis of another war: "Throughout history, country leaders were oftentimes oblivious to the multilateral nature of military conflicts and wars, due to which things never evolve entirely as planned. Opponents tend to take the least expected steps"(1).

The state of the Karabakh conflict was influenced by a number of countries locked in a rivalry over the Caucasian energy resources and transit routes. While watchers did discern the connection between the trilateral meeting in St. Petersburg and the recent escalation in Karabakh, it somehow flew below the radar that the skirmishes took place on the eve of Russian President D. Medvedev`s visit to the US and against the backdrop of Washington`s growing activity involving Azerbaijan. Matthew J. Bryza, a diplomat notorious for the provocative role he had played in August, 2008, was dispatched to Baku as the US ambassador, US Secretary of Defense R. Gates honored the Absheron Peninsula with his presense, and Washington announced that H. Clinton will tour the Caucasus next July. On top of all that, a clearly deceptive rumor goes around that Russian peacekeepres will soon be deployed in Karabakh(2).

Sergey Markedonov, currently a visiting scholar at the Washington-based Center for Strategic and International Studies, maintains that chances for peace in Karabakh depend on the ability of Washington and Moscow to jointly formulate resolute policies meant to prevent fighting in the region. He is, however, highly skeptical about the prospects for such synchronism between the two heavyweights (3), and indeed the Mensk Group`s incoherent reaction to the recent escalation seems to be indicative of serious discord. No international investigation into the recent incident looms on the horizon, and Baku can feel free to erode the current ceasefire regime with renewed vigor.

The escalation at the Armenian-Azerbaijani Line of Contact in Karabakh is likely incited by outside forces. Thomas de Waal, a British expert, expressed the view that the parties to the Karabakh conflict would have to be a lot more discontent with the status quo to start making serious concessions (4). The June 18 clashes were clearly meant to make the status quo look like a not too attractive option, to expose the volatility of the current situation, and to strengthen the dissonances in Armenia`s domestic politics (5).

Overall, the developments suggest the existence of a broad agenda which is not limited to discrediting the Russian-Armenian military-political alliance and Russia as a mediator in Karabakh. Some of the objectives may be of a more fundamental character, Iran likely being the actual target. Iran is increasingly encircled by a network of US military bases, and the new US Administration may be viewing the Karabakh problem through the prism of the role Azerbaijan - as Iran`s neighbor - has a potential to play in a future campaign. No doubt, Washington will be trying to draw Azerbaijan into the orbit of its politics aimed at isolating and weakening Iran (6).

Regardless of its outcome, a new round of fighting in Karabakh would result in the complete expulsion of Russia from the South Caucasus, become a logical outgrowth of the US anti-Iranian politics, and be a prologue to a major war in the Middle East.

2. The idea of deploying the US troops in the Fizuli district bordering Iran is sold as a «joint Russian-US initiative» aimed at countering the ambitions of Turkey and Iran in Transcaucasia.

5. The plan is doomed to failure as the oppositional Armenian National Congress pledges to spearhead the rescue of Karabakh.