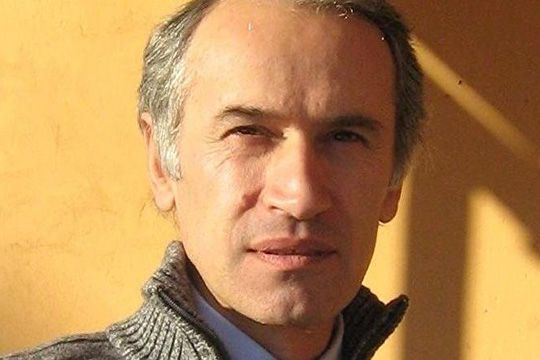 What is the attitude of the European Union to the events in the United States including capture of the US Capitol by the supporters of Donald Trump?

Regarding the recent attack on the US Capitol by Trump supporters, European leaders have publicly expressed their amazement and criticized this action.

At the national level, the political leaders of the main Parties, even those ones considered Eurosceptic, nationalist and/or populist, have shouted scandal, claiming that the US Capitol attack was an attack on democracy tout court.

Such kind of a statement - attack on the Capitol = attack on democracy - by European leaders and politicians from the various member nations of the European Union deserve at least two reflections.

One of these reflections has a general character: European leaders are unable to conceive of a type of democracy different from the liberal democratic model, that is, from the model that the US has spread and exported since 1945 to a large part of the planet and which constitutes the superstructure - at the same time ideological and operational - of the so-called US-led Western System. From the standpoint of political culture, this inability flattens the European ruling classes and their politicians' decisions concerning domestic economic and social policy and foreign policy on Washington's exclusive positions and interests. All this translates into political choices which - in addition to not taking into due consideration the varied cultural identities and interests of the Old Continent - in the medium and long term could prove to be very negative for the implementation of European integration itself and the evolution of the EU in unitary sense.

Another reflection - more attentive to current circumstances - instead concerns the practical interest of Brussels and the European ruling classes in general aimed at pleasing the new administration which from January 20 will be led by the Democrat Joe Biden.

What will be the consequences of the political situation in the USA for the relations between the EU and the US?

In the long term, there will be no noteworthy consequences, unless there will be changes - currently not foreseeable - in the current leadership of the European Union. Brussels policy, on the other hand, could be influenced by the positioning of some national governments. In particular, with reference to Central Western Europe, much attention will have to be paid to France, and to some extent to Germany, as regards the implementation of the individual foreign policies of these two countries towards China, Russia and Iran. The harmony manifested on some occasions between Paris and Berlin regarding their national interests towards China and Russia could in fact also reflect on some future decisions of Brussels towards the two Eurasian powers, moreover strategic for its evolution: the USA, obviously, would not hinder such eventualities. As for Eastern Europe, the situation appears to be less clear, due to the effects that the ambiguous and conflicting initiatives of Budapest and Warsaw and their relations with the US could have on Brussels. Orban's Hungary, rhetorically critical of the liberal democratic vision of Brussels, and, to a certain extent, closer to the "Trump doctrine", could suffer heavy "reprisal" from the new US administration, also in consideration of some "sympathies" between Budapest and Moscow. In the case of any " reprisal", processes that could lead to a sort of "color revolution" on the model of what was experienced in Ukraine, aimed at eliminating Orban, cannot be excluded. Poland, equally critical of Brussels as Hungary, remains, however, still the US's "best friend" in Europe: for this reason I do not think it will suffer "retaliation" from Biden. On the contrary, the anti-Russian and pro-Ukrainian function of Poland will be strengthened by the new occupant of the White House

Would the EU – US bilateral relations change under Joe Biden presidentship and if they would – how dramatically?

The United States, even under Biden’s democratic presidency, will not change its now secular strategy towards Europe. In the context of the US strategy, Europe is considered a bridgehead thrown on the Eurasian mass and on the African continent, in particular through Italy: therefore the Biden administration will remain faithful to this perspective, on the other hand vital for the survival of the United States as a global power. In view of this, we must expect that the new administration will be even more assertive than the previous Republican one towards Brussels and its Member States. Likely, Biden will take even more resolute actions than Trump in countering the Russo-German North Stream project or other similar partnership initiatives between Moscow and Berlin and also between Moscow and Paris. It is also realistically foreseeable that Biden will obstruct any kind of Euro-Chinese partnership initiatives, centered, in various ways, on the New Silk Road project. In light of this, the contradiction between real European and US interests can only explode if Germany and France wage a common battle in the name of the re-foundation of the European Union as an independent actor in the new global scenario, apparently polycentric.