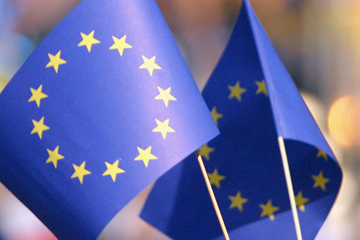 The Western political elite was happy to welcome the agreement between Serbia and Kosovo. José Manuel Durão Barroso, the current President of the European Commission, applauded the breakthrough by Belgrade and Pristina in their EU-facilitated dialogue. According to him, it was a historic agreement. The President was confident that «the agreement reached between the two sides will pave the way for the Council to take decisions on the next steps on the European path of Serbia and Kosovo. The people of Serbia and Kosovo want to move forward and make their European perspective a reality. This is crucial for the stability, security and prosperity of South Eastern Europe and of the European Union as a whole».Catherine Ashton thinks the both parties have made an important step on the European path of Serbia and Kosovo. According to French Le Figaro, Serbia has «de facto renounced the exercise of its sovereignty» in Kosovo. To the contrary, German media tries to make the Brussels agreement look more like a compromise. Germany was in first ranks to recognize the Kosovo independence. It contributed a lot to make it possible. The German government strongly insisted Serbia recognize Kosovo as a precondition for EU membership. The left-wing Junge Welt admits Brussels was tough on Serbia, so Belgrade was doomed to lose, while the Kosovo rulers were confident they would win (1).

Now Berlin will get tough trying to push through the Kosovo recognition by the states, which have refused to comply so far.

The Greens were the first to start the pressure. «I deplore the failure of Spain, Greece, Romania, Slovakia and Cyprus to lend their full support to Kosovo's efforts. These member states still have not recognized Kosovo's independence. They must do so now, to allow Kosovo to participate in Europol and Interpol, as well as international sports events», said member of European parliament from Austria Ulrike Lunacek on April 19 (2). Perhaps the Europeans are really losing patience waiting for Kosovo athletes to join European sports, but I think Europol and Interpol have special interest here. It’s a well-known fact that Kosovo has become the major route for drug trafficking from Afghanistan to Europe. This issue is kept away from public discussion. At that, it raises the question, where have the €1.2 billion gone? The money was allocated for Kosovo by the European Union after 2008. Common Europeans are not tied by political correctness, so they openly say that the «Kosovo state» is a country ruled by mafia. Mafia state is the definition used in the commentaries posted in Internet-forums (3).

Addressing the Parliamentary Assembly of the Council of Europe (PACE), Joachim Gauck, the President of Germany, called upon the European Union members countries, which have not recognized Kosovo, and Russia, to revise their stand. According to him, the integration of Kosovo into international community would give an important impulse to further progress of the country (4). To put it mildly, the assertion evokes doubts, because Kosovo Serbs still live in the hostile environment. As recently as January 2013, incidents were reported from Kosovo, including an attempt to stage an attack on a monastery, and desecration of several Serb cemeteries. The United States, Germany, France and Great Britain formally condemned the action (5). If NATO military contingent couldn’t stop the barbarian acts, then what is to be expected when Kosovo Albanians will step in to take its place? It’s hard to believe the German President really believes the Serbs may live in peace and achieve progress under the conditions of no security guarantees. Unlike diplomats, who rest on laurels of European Union sponsored agreements; the military know what reality is like.

German State Secretary of Defense Christian Schmidt said the agreement between Serbia and Kosovo was good news, but it’s too early to talk about peace.

Still, common people care more about the prospects for the European Union’s expansion under the conditions of lingering crisis. The majority of commentaries posed to German media web-forums express anxiety rather than optimism. Sometimes it’s ironic. For instance, «Yes, it’s a great idea to cement our small Union. Of course, it’ll make it stronger and the decision making process easier. Now, why are we dragging feet instead of granting membership to Montenegro, Macedonia, Mongolia and other economic heavyweights? Or is it only about protecting them from the influence of hated Russia or China? What do the Euro commissioners are waiting for? Make them all join or make the European Union viable, while taking decisions related to politics, economics or culture...Nobody could explained to me as yet, what could the countries like Romania, Bulgaria, Croatia and the like offer, but cheap labor?»

And here – the concern over personal living standards, «One more country, like Romania or Bulgaria, always in need of aid (6) «Please, we want none of them. It is the very same song and dance, Brussels will grant millions for aid and the money will vanish in the hays». (7)

A crisis is the right moment for reflections, thinking about the past and making re-assessment of political decisions, which back then were lauded as a bold breakthrough to open the way to bright democratic tomorrow. The hasty recognition of former Yugoslavia republics as independent states is an example. The decision was the responsibility of former German Foreign Minister Hans-Dietrich Genscher. A Tagesschau reader comments, «We could grant EU membership to ONE federal, economically viable state, a Russia’s partner, enjoying good relations with the third world countries. Its citizens enjoined more freedom than the citizens of EU members while travelling throughout the world. Instead we get a coat of many colors, the countries suffering under the consequences of war and in need of assistance» (8).

The speedy recognition of former Yugoslavia republics could be construed as the result of defeat, suffered by socialist camp in the Cold War, and as the enforcement of classical «divide and rule». If Yugoslavia remained one, the West could not impose its conditions on it, like it is being done in case of Serbia. Junge Welt, the opposition voice, remembers the shocking call of former German Foreign Minister Joschka Fisher for making Serbia stand on its knees. Now the Serbs kneel to acquire the European Union membership. No doubt, the West will put forward new demands…