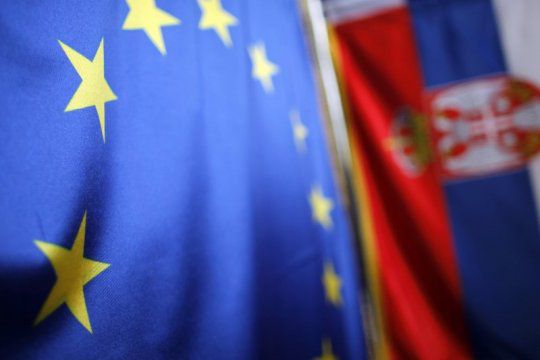 When it comes to Kosovo settlement, the European Union is clearly trying to regain the initiative. It was with poorly concealed jealousy and irritation that Brussels watched the delegations of Belgrade and Pristina sign an agreement to normalize their bilateral trade and economic relations in early September in Washington, and with the current change of guard in the US, is now trying to get back its levers of influence. Therefore, Brussels wants to organize a new high-level meeting between Serbia and Kosovo.

Miroslav Lajcak, the European Union’s Special Representative (EUSR) for the Belgrade-Pristina Dialogue, made this intention clear on December 2, when speaking at the European Parliament event marking the 25th anniversary of the Dayton Peace Agreement on Bosnia and Herzegovina. According to him, preparations are now underway for a new high-level meeting to be held as part of the dialogue between Pristina and Belgrade. [1]

Tellingly, according to a report by the Albanian news agency Telegrafi, citing sources in Brussels, the upcoming talks are expected to focus on resolving property rights in Kosovo. This means that Brussels is looking for an agenda that the sides can agree on and one that would differ from what they discussed in Washington. This is all the more important now that the negotiating process has virtually ground to a halt since September. According to Serbian President Aleksandar Vucic, Belgrade will not agree to have a new summit unless the Kosovar authorities are prepared to create an Association of Serbian Municipalities on the territory of their province (primarily in the north). This provision is part of the accords signed by Belgrade and Pristina in Brussels under the auspices of the EU, but since then the Kosovo authorities have actually blocked its implementation. However, because the European Union hasn’t got any really ambitious initiatives to come up with, the planned parley (if it takes place any time soon) looks bound to be less effective than the September talks in Washington. This, in turn, will deal a new blow to Brussels’ ambitions in the Balkans.

Realizing this, the EU leadership has been ramping up its criticism of the United States, essentially accusing Washington of trying to phase Brussels out of the Kosovo negotiation process. Josep Borrell, the EU’s High Representative for Foreign and Security Policy, recently said it loud and clear that the solution of problems in the Western Balkans is entirely the EU’s patch, and that the bloc’s global role depends on the success of its policy in this region.

“If we are unable to solve the problems in the Balkans, then we can’t be a significant global player,” Borrell said. [2]

Russia insists that the problems of Kosovo and other Balkan disputes can only be solved on the basis of international law through talks to achieve mutually-acceptable compromises. During a December 14 visit to Bosnia and Herzegovina, Russia’s Foreign Minister Sergei Lavrov reiterated that there is no alternative to ensuring peace and stability through political dialogue and respect for national interests, based on international law and pertinent UN Security Council resolutions.

“It is principally important to help the countries of this region settle their problems via national dialogue and avoid attempts to drag any of these countries into serving somebody else’s unilateral geopolitical interests," Lavrov emphasized. [3]

Interaction between Russia and Serbia is all the more important amid the ongoing negotiations between Belgrade and Pristina, as it serves as a political and diplomatic counterbalance to the Pristina- Brussels-Washington “axis.” Serbian President Aleksandar Vucic confirmed the invariable nature and timeliness of such interaction during a December 14 joint news conference in Belgrade with Russia’s visiting Foreign Minister Sergei Lavrov. Vucic also underscored his country’s desire to expand friendly and partnership relations with Russia.

When speaking about the possible outcome of the negotiations between Belgrade and Pristina, one should also keep in mind Turkey’s growing interest in this issue. Ankara is trying to play an increasingly active role in the Balkans and the Eastern Mediterranean region. As the Serbian daily newspaper Informer rightly noted, “One thing the Turkish president can’t be denied is the consistency and frankness with which he is implementing a strategy to bring back a big and mighty Turkey on the territories once occupied by the Ottoman Empire.” [4]

In this situation, it is in Russia's best interests to expand its partnership with Serbia, while simultaneously working with other key international players to ensure stability and security in the Balkans and counter the nationalist and destructive forces that can still be found in the Balkan capitals.