EU sets in motion special mechanism against US sanctions 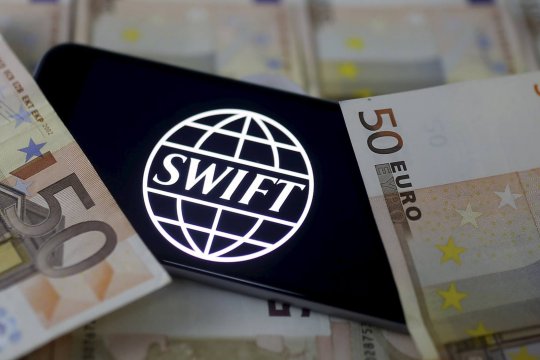 According to French Foreign Minister Jean-Yves Le Drian, the EU’s updated Blocking Statute mechanism of maintaining financial, economic and trade relations with Iran, aimed at mitigating the impact of Washington’s sanctions on EU companies doing business with Tehran, will take effect within the next few days.

However, the French minister stood corrected by Reuters, which said that the EU mechanism would only be launched the next few days and could take several months to start working in earnest as many details still remain to be agreed.

The Special Purpose Vehicle (SPV) [i] is part of EU efforts to protect and keep in place the Joint Comprehensive Plan of Action (JCPOA), commonly known as the nuclear deal with Iran.

On July 14, 2015, Iran and six countries (Russia, China, Britain, France, Germany and the United States, with the active participation of the EU) adopted the JCPOA as a way of resolving the Iranian nuclear problem, which had been a source of concern for the international community, above all the IAEA. This truly historic document brought Iran’s nuclear program in line with IAEA requirements and significantly reduced Tehran’s ability to build nuclear weapons.

Resolution 2231, unanimously approved by the UN Security Council on July 20, gave the JCPOA the status of international law.

The JCPOA and the UN Security Council resolution envisaged a reduction in Iran’s nuclear potential and a slowdown in its development rates within the next 10 to 15 years. It also provided for a gradual lifting of the financial and economic sanctions imposed on Iran over its nuclear program, thus setting in motion a process of peaceful and civilized implementation of the nuclear nonproliferation regime.

However, the new US President Donald Trump started lashing out against the JCPOA in 2016, while still on the campaign trail. As a result, in 2018 he withdrew the US from the compromise nuclear deal and slapped tough unilateral sanctions on the Islamic Republic.  What is more, “secondary” US sanctions targeted also foreign companies that would dare to keep doing business with Iran.

Iran, meanwhile, had given no reason whatsoever to doubt its meticulous implementation of the terms of the JCPOA accord. Since January 2016, the IAEA has verified Iran’s compliance with the JCPOA 13 times, with the UN nuclear watchdog’s Secretary General repeatedly confirming Tehran’s compliance with the agreement. Moreover, since the US withdrawal from the JCPOA, Iran has been intensifying its cooperation with the IAEA in a clear bid not to give Washington any pretext to blame it all down on Tehran, which has allowed no technical violations of the JCPOA and has consistently implemented its provisions.

All the signatories to the 2015 nuclear accord with Iran, including the European Union (and excluding the US), protested Washington’s decision to exit the JCPOA and have been working hard to keep it in place, even without the US.

As part of this effort, Iran was persuaded to continue to abide by the terms of the nuclear pact, even despite US sanctions, as it wants to avoid confrontation and maintain normal economic relations with the EU and other countries, and is not yet ready to exit the 2015 nuclear accord.

In August 2018, the EU reactivated the “blocking statute” that prohibits European companies from complying with US sanctions on Iran and implementing any decisions by foreign courts based on these sanctions thus nullifying their effect. The “blocking statute” also allows all European organizations to take legal action to recover damages arising from US extraterritorial sanctions from the persons who caused these damages to happen (meaning the US government).

This measure has proved less effective than expected though, since state authorities in countries with market economies cannot force private companies to challenge the global supremacy of the US dollar or dictate conditions in the global market, including the financial one, dominated by the United States. Therefore, it became clear that the situation necessitated the creation of a special mechanism for doing business with Iran bypassing  “primary” and “secondary” US sanctions with the help of an alternative payment channel to facilitate trade with Tehran - essentially a separate European SWIFT system [ii] with payments made in euros.

Much will depend on the effectiveness of this mechanism, to be shortly registered in France, and which is at the core of the EU's efforts to keep the JCPOA in place. This means that the anti-American body will very likely be headquartered in France and headed by a German citizen with France, Germany and Britain acting as shareholders.

Even though the Special Purpose Vehicle (SPV), which offers sophisticated compensation services for exports to and imports from Iran, has not been devised with humanitarian activities in mind, EU officials still expect it to initially be used for food and medicine supplies until the system is firmly in place and working smoothly.

Meanwhile, Tehran believes that the SPV should go beyond covering only drugs and food, and also include a wide range of transactions, as well as economic and industrial cooperation, and even investments. Future will show whether this can be done though. According to some experts, the SPV is just a sort of a barter option without attracting direct cash payments, and will only serve small-scale transactions. French Foreign Minister Le Drian believes, however, that within the framework of the SPV Iran will be able to “benefit from some of its oil sources and at the same time buy essential products from the three main [European] partners,” (namely France, Germany and Britain).

The key question is how the US will respond. Will it be able to sidetrack this mechanism too?

Experts say, meanwhile, that the SPV is certainly not a magic wand but rather a complex, multi-layered financial and economic system. Moreover, its completely transparent market mechanism of maintaining business ties with Iran makes it vulnerable to potential attacks by Washington.

One encouraging factor here is that Switzerland, which is not an EU member, strongly believes that the JCPOA should remain in place and is now establishing its own interbank financial channel (independent of the EU) that would make it possible to bypass the SWIFT system in settlements with Iran and circumvent the US sanctions against Tehran.

Sharif Nezam-Mafi, Chairman of the Board of the Iran-Switzerland Chamber of Commerce, said that financial exchanges between the two countries will be carried out by the Swiss bank BSP, which prior to the introduction of anti-Iranian sanctions executed currency transfers from Iran to Switzerland.

Moreover, some of the proceeds from Iranian oil sales will be kept in this Swiss bank.

The launch of the SPV ushers in possibly the most crucial period in the ongoing political tug-of-war for preserving the JCPOA accord. If successful, it could help ease tensions in and around Iran and create a precedent in the future attempts to challenge the US financial domination and its aggressive policy of using economic sanctions against other countries.

If not, this could lead to Iran’s withdrawal from the JCPOA and the resumption of its nuclear program which, in turn, would further ratchet up tensions around the Islamic Republic.

Let us hope that the latter scenario never comes true.

The opinion of the author may not necessarily reflect the position of the Editorial Board.