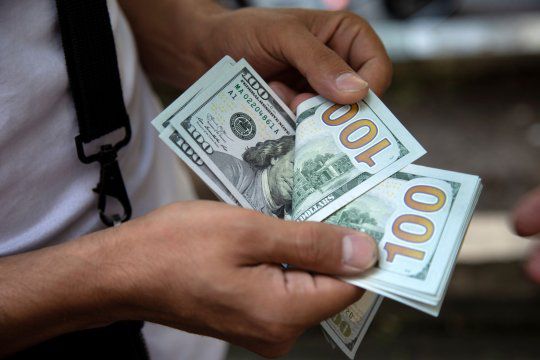 On January 19 the European Commission released a preliminary plan which is designed to reduce the European Union’s dependence on the US dollar. In addition, the plan signals an intention  to  protect European companies from Washington-imposed extraterritorial sanctions. As a long-term strategy, it states an intention to “considerably” increase the role of euro as an international currency. [i]

European officials, who are in charge of financial transactions, emphasize that the sanctions and tariff strikes carried out by  the Trump administration against potential allies in the past couple of years point to the still high level of Europe’s dependence on the financial system with the American dollar in the center. Washington’s policy «had an outright negative impact on the EU’s and member countries’ capacity to promote their foreign policy interests».

At present, the American currency accounts for more than four fifths of all exchange transactions worldwide[ii]. As a result,, if Washington needs to block any financial transactions, all it needs to do is to enter individuals, organizations or countries on the “black list”, which will be sent to all banks across the globe. For fear of losing the possibility of making payments in dollars, an overwhelming majority of companies and financial institutions have to follow instruction from US authorities.

On December 3, 2020 the Directorate General for External Policies of the European Parliament published a special report on orders from the Committee on International Trade which says that «US extraterritorial sanctions against Russia, Iran and Cuba affect the interests of EU countries and are legally groundless». Such measures, the report points out, run counter to WTO regulations, while the American secondary sanctions, which block access to the dollar-based financial system, are estimated by the authors of the document as «a serious challenge to the 27 Union countries».

For a major protection measure the report calls for «increasing the share of payments in euros or terminating cooperation with the US in some areas».[iii] Under the document published on January 19, the European Commission expects that a general plan approved in the summer last year to rescue the EU economy from the consequences of coronavirus pandemic, along with the supplementary programs of financial restoration as part of the 7-year budget, will become key to an early consolidation of the EU financial policy. This, in turn, will set the stage for strengthening the international role of the euro.

The “rescue plan” was approved in the amount of 750 billion euros, and, for the first time ever, the EU members agreed to issue a common debt to finance it.  It is expected that emission of new bonds, both by individual EU members, and by the Community as a whole, will contribute to «a considerable expansion of liquidity on the EU capital markets» and will attract investors.

While the history of top world reserve currencies goes back several centuries, none of them has ever occupied such a domineering position as the US dollar nowadays. In our time, the only instance of a relatively fast change of reserve currency – from the British pound to the US dollar – took place as a result of two world wars.

Overall, experts are unanimous that a country or a community of countries that claim the role of reserve currency emitter, must possess a large-scale, growing and sustainable economy, a developed financial market, which offers potential investors huge liquidity volumes and a variety of reliable assets, and must guarantee freedom of capital movement. Finally, they must demonstrate readiness and capability to play a leading role in international relations, that is, to have a substantial military and geopolitical weight.

Europe is doing well in terms of nominal economic growth and given the low cost of financial transactions, since reception and dissemination of information is transparent by nature. Meanwhile, even the most ardent supporters of a stronger financial and economic influence of the EU acknowledge that at present «major financial hubs, London and New York, are located beyond the bounds of the EU, while the capital markets within the EU are too segmented», - RBK says.

The euro, despite its 20-year history, has yet to reach the “clear parameters” of a regional currency. On the one hand, by 2019 the euro had made a tangible contribution to the weakening of the positions of the US dollar in global economy. According to the European Commission, at that time already one fifth of global currency reserves was denominated in the single European currency, while «60 countries and territories tie their currencies to it, in one way or other». The euro has also done well on the promising market of “green” bonds, of which nearly half are denominated in the common European currency, according to The Financial Times.

In November last year the inter-bank payments system SWIFT reported that «the dollar for the first time since 2013 ceased to be the most used currency in global payments». In October the system indicated that the dollar accounted for 37,6% of transactions, while the euro  — 37,8%. In March payments in dollars made up nearly 45%.[iv] Bloomberg says a drop in the dollar rate, and a decrease in dollar payments are the result of crises in trade, an economic slump which was triggered by the pandemic, and “political instability”.

On the other hand, according to The Financial Times, the share of euro in global gold and currency reserves reduced from 23% in 2009 to 20% in 2019. In addition, the euro is now vying for a top currency with both the dollar and the yuan. In nearly ten years, by the end of 2019, The Economist says, debt obligations denominated in yuan had outnumbered the British pound, the euro and the Japanese yen. But not the dollar.

For Europeans the number one “obstacle” is the geopolitical one. Despite all statements of late about the expediency of political consolidation, the EU is still far from transforming into an organization somewhat reminiscent of a confederation. Besides, the EU is unable to “exert political influence on other global economic hubs”, including the United States and China.

Judging by the published document, the European Commission hopes to maintain the pace of economic and financial integration which the EU acquired in the course of a joint struggle against the corona crisis.  For the first time in history EU members have agreed on the emission of the Community’s common debt. As the USA and China move towards a “cold war” in the  financial, commercial and technological spheres, the European currency and financial system as a whole may serve as a ‘safe haven’, a refuge for an ever growing number of countries and businesses which are striving to avoid losses in conducting payments and settlement transactions.

However, if it wants to compete with the dollar and yuan on the  basis of parity, the EU ought to make a breakthrough in developing its own financial technology, which is, undoubtedly, one of the key features of authority and sovereignty.  Many in Europe tend to interpret Washington’s policies under Trump as America’s bid for changing the global economic layout. And now, the idea of “nationalizing” vitally important technologies is gaining strength in all leader countries.

Europe is terribly behind the USA and China in the development of companies that offer services in managing social platforms, Internet commerce an finances. Bridging this technological gap in a few years is challenging, if not outright impossible. What is making the situation worse is the absence of a common European market of digital technologies and services. Given the situation, what could serve as an effective means of reducing this gap is “re-nationalization” of data – the major resource of the IT industry. In addition, the EU is trying to make the  most of its position as a major market for IT giants[v], and de facto occupy the position of a trend setter in international regulation of their activities. In the future, this may come to signify “globalization” for “own” companies alone and administrative restrictions for “others”.

Echoing this are European Commission proposals concerning the launch of a digital euro under the patronage of the European Central Bank. According to a recent ECB report,  the role of the dollar as an international payments currency may diminish considerably, if central banks agree on direct cross-border payments, through exchanging digital currencies.[vi]

At present, the European Central Bank is among the top three financial regulators that demonstrate considerable interest in developing block chain technology and introducing digital currencies. As for prospects for reducing dependence on the dollar, a matter of primary concern is the possibility of issuing the so-called Central Bank Digital Currency (CBDC). What is meant is virtual money, which is controlled by a national, or supra-national, as in the case of the ECB, central bank, and which does not exist in cash but only in the form of information recorded on computer memory chips.

The geopolitical consequences of the start of the emission of a digital euro may acquire fairly huge proportions. As soon as there appeared the first crypto currency – bitcoin, Washington sounded alarm that “America’s foes”, be it governments or non-governmental institutions, could succeed in setting up a financial network totally independent of the US dollar. In this case, the United States would lose a major instrument of non-military pressure, which it could use to influence its competitors and rivals.

Should countries or intergovernmental organizations begin to emit crypto currency, unilateral sanctions will become pointless. Just as a withdrawal of any nation, even as powerful as the USA, from multilateral agreements which hinge upon the threat of imposing sanctions, will make no sense either.

A digital euro undermines such a weighty instrument of US political pressure as the inter-bank payment system SWIFT because it guarantees instant payments without the dollar. 2020 reports said that the European Central Bank had created a working group to look into the possibility of establishing cooperation between national digital currency projects, with the participation of Canada, Japan, Sweden, Switzerland and Britain.[vii]

On the whole, the euro needs a “solid foundation” if it wants to successfully compete with the dollar and the yuan. The EU common budget should finally reach beyond the bounds of a fund that subsidizes member countries. It is also essential to balance the growth of the Eurozone in terms of its dependence on exports, “and on the corresponding export of capital”.

An agreement on the emission of Europe’s common debt “for the first time inspires hope of creating a substantial reserve of common European debt obligations”. But whether the decision to emit EU bonds will herald the formation of a supra-national ministry of finance is unclear. Until recently, discussions to this effect all but fueled differences in attitude between Eurozone governments.

Nevertheless, the corona crisis has given new impetus to political moods in favor of preserving and strengthening currency sovereignty. European politicians, interested in cementing the international role of the EU, have a good reason for their option in favor of financial and economic agenda. Europe’s dependence on the USA in military area is pervasive,, while in the economic and financial spheres Europe has been pursuing a more independent agenda in recent years. Now, the European Union seems to be nearing a point after which it may make new important steps in this direction.

[v] According to The Economist, in 2019 Google and Facebook earned a fourth of their incomes in the EU.