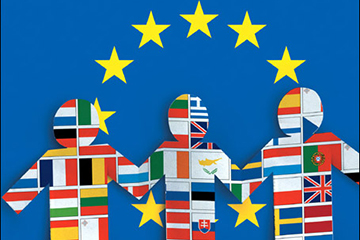 There is an ongoing debate in the post-Soviet era countries on the prospect of the Eurasian Union. Even in those states, which do not intend to join in the near future, or even to join in the accession negotiations. This, of course, shows the importance of the problems of integration between the heirs of the former USSR.

However heated the debate is, there is little doubt that the Eurasian Union will still be created and will become the center of attraction for the post-Soviet era states. Meanwhile the real negotiations are only between the countries of the Customs Union - Belarus, Kazakhstan and Russia. In terms of the formation of a new geopolitical unit, this will be beneficial and significant not only in Eurasia, but also around the world. The more countries that would have participated, the longer the process would have been. During the negotiations each state diligently tries to protect its national interests and seeks to talk them up, so to speak, before the last full stop is put in the document. This is natural and is not subject to discussion. There are a lot of problems, for example, in the fact of membership in the WTO, and its consequences. Hence it is clear that the negotiations can be long and even debilitating.

Today, it is not clear, however, if those States that want to join the Eurasian Union after its formation will find it much more difficult than those that already constitute it. If flywheel integration "in a Eurasian style" is to be launched, then the rules must be developed, and the protocol specified. One will have to either accept the existing rules, or remain on the sidelines of world politics. This is an unpleasant dilemma, to be honest, especially for ambitious politicians in post-Soviet era countries.

Of course, there are many obstacles on the way to joining the Eurasian Union. Most often in this case it is the fear of the revival of the Soviet Union in a new guise. The press for some reason asserts that this fear is felt almost without exception by the people of countries that can enter into a new interstate formation. Of course, this is not true. These fears can (and, objectively speaking, should - in terms of their self-interest) test only the local elites who are either not ready to give up even a single drop of their power, or frankly look to the West, taking up an anti-Russian position. This trend will increase among these elites as they become more aware of the need to join the very same union, which they are at present so suspicious of.

There is another real barrier with a view to the creation of a new integration framework, and that is from its Western partners. So far they have adopted a negative position. The main reasons are geopolitical concerns. One can add to this the realization of the fact that after the formation of the Eurasian Union, our partners will have to reckon with the appearance on the world map of a new economic rival. Now most of the former Soviet Union is seen as being on the periphery, from where it is possible to obtain raw materials and to sell or dump goods. A change in this situation would appear extremely unfavorable for the West. This is understandable- why would the EU need another competitor, albeit a potential one. And why would the U.S. need restrictions on the way that it advocates ardent expansionism among the local elites, towards American domination in the world.

On the other hand, China will most likely not be against Eurasian integration. Beijing is wiser and knows how to reckon the balance of power for the coming decades. However, this position may change in the future, if it perceives a threat to its economic interests. Meanwhile, Beijing views Eurasian Union as even being beneficial, including in terms of its own geopolitical interests.

In fact, the formation of a new strategically integrated community will be of benefit to almost everyone. The post-Soviet era countries that join it, down to the factor of the synergies involved, will impact positively on the economies of the Eurasian Union members. This factor has only been seriously taken into account by Moscow, Minsk and Astana, but soon it will be clear to all.

The surrounding states are also interested in the wellbeing of the Eurasian region. Yes, the threat of war in the area, which was so feared in the early 90's of the XXth century, remains largely in the past. Yes, the mass migration of former Soviet citizens to Europe, from whose perspective it caused consternation in the political and economic circles of our western neighbors, funnily enough has not happened. However, the stability and economic prosperity of the region are in fact necessary for all except those who want to see the post-Soviet era countries as nothing more than raw material add-ons to their own economy. They do not know how to look towards the decades ahead. The formation and subsequent prosperity of the Eurasian Union will dramatically increase market capacity, with all the ensuing consequences for mutually beneficial trade and related economic projects. However, political blindness has a long history in the world. There is nothing one can do to change that.

One of the main intriguing questions with the formation of the Eurasian Union is, whether or not Ukraine will be present. My personal opinion is certainly not in the near future. The reason again is the position of the local elites. Some are based on ideological grounds - the prospect of EU integration will become even more remote. Others are guided by their own financial interests. They are afraid of competition from Russian businessmen. In fact, both positions coincide, although nobody openly admits that. Moreover, those in favor of joining the Eurasian integration space are mistakenly associated with pro-Russian forces. The political Implications of the problems in this country prevent a full economic debate. We can only accept this at the moment.

They will need to keep at least some of their ambitions quietly hidden. For the elites this will be most difficult. And then on the agenda will be the question of whether the people are for the elite, or the elite are for the people. Each country will have to decide individually. No matter, still the effective rule will be, who arrives late will be a loser.

On the surface, the slowly evolving process of formation of the Eurasian Union displays a noticeable lack of ideology in this project. The critics are right in this regard.  It is a big drawback in the whole idea. You can, of course, say that it is due to a fear of association in the minds of the political classes of post-Soviet era countries, that the new integration of the community will be created in the likeness of the USSR. In practice, these are the fears of shortsighted people. The Soviet Union cannot be resurrected. Everyone knows that. Apart from those for whom it is to their advantage not to be aware of it.

Therefore, the promotion of a reasonable explanation of the benefits of the Eurasian Union is not only necessary, but essential. However, this is probably a topic for a different article.