Europe in panic: Instead of Europe Russian gas goes to Asia! 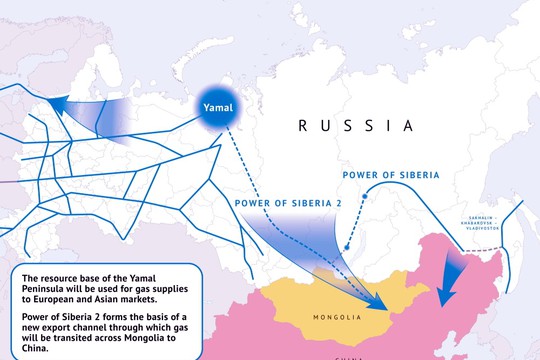 They turned a dangerous energy "game" into a real energy war. Now it doesn't matter who made a mistake and what made it possible. We must urgently try to correct this matter, because, apparently, this is an irreversible process in which (all world analysts already agree) the European Union will pay the highest price to date, writes the Croatian edition “Geopolitika”.

In the current conditions of a global geopolitical battle, where sanctions are tightening like never before, the so-called collective West shows that Russia is beginning to use its natural resources as a weapon - and much more deadly than the classic one.

It is enough to look around to see the negative things happening in the world (in Europe, by far, most of all) as a result of an economy-consuming energy crisis, leading to real de-industrialization and huge social problems.

Moscow is not considering lifting sanctions against the Russian energy sector, it linked lifting of sanctions with further gas supplies via the Nord Stream Baltic gas pipeline. Russian gas in the current difficult sanctions conditions must find a way to other consumers.

What is already quite clear is that Russia will redirect most of its gas and oil supplies to Asia, and this process has been going on for a long time, and now it is gaining even more momentum. Suffice it to recall the economic forum in Vladivostok, where Gazprom signed an agreement with the Chinese state-owned energy giant to build another “Power of Siberia-2”  gas pipeline through Mongolia. This new gas pipeline will use fields in Western Siberia, which until now have been used exclusively to supply Europe.

The same will happen with Russian oil, which the European Union refuses from December 5th. The bulk of Russian oil will end up on Asian markets, and the EU will try to compensate for its lack of imports from the Middle East and the Gulf of Mexico (American oil). All this will certainly increase the cost, taking into account the lengthening of supply routes, as well as the lack of free tankers.

The EU has turned a dangerous energy "game" into a real energy war. But now it does not matter who and what made a mistake and made this possible.

We must urgently try to solve the problem, because this is becoming an irreversible process in which (all world analysts already agree) the EU will pay the highest price.

The address to be contacted to clarify “why all this happened and who is to blame” is still in Brussels, - put a problem Croatian columnist.