Europe in panic: Six weeks left before the US rolls out ‘industrial subsidies’ 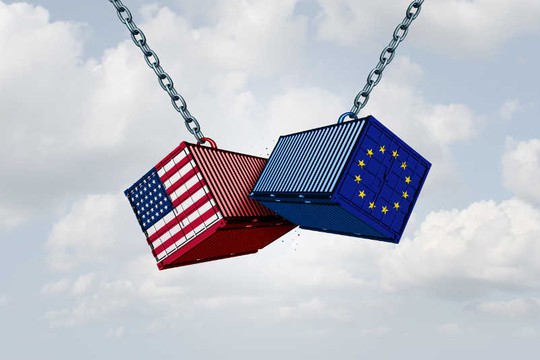 With only six weeks to avoid a transatlantic trade showdown over green industries, the Germans are frustrated that Washington isn't offering a peace deal and are increasingly considering a taboo-breaking response: European subsidies. Germany mulls breaking subsidy taboo to avoid trade war with Biden, - writes POLITOCO-PRO.

Europe's fears hinge on America's $369 billion package of subsidies and tax breaks to bolster U.S. green businesses, which comes into force on January 1.

The bugbear for the Europeans is that Washington's scheme will encourage companies to shift investments from Europe and incentivize customers to "Buy American" when it comes to purchasing an electric vehicle — something that infuriates the big EU carmaking nations like France and Germany.

The timing of this protectionist measure could hardly be worse as Germany is in open panic that several of its top companies — partly spurred by energy cost spikes after Russia's invasion of Ukraine — are shuttering domestic operations to invest elsewhere.

The last thing Berlin needs is even more encouragement for businesses to quit Europe, and the EU wants the U.S. to cut a deal in which its companies can enjoy the American perks.

A truce seems unlikely, however. If this spat now spirals out of control, it will lead to a trade war, something that terrifies the beleaguered Europeans.

While the first step would be a largely symbolic protest at the World Trade Organization (WTO), the clash could easily slide precipitously back toward the tit-for-tat tariff battles of the era of former U.S. President Donald Trump.