Europe is facing problems due to US policy moves 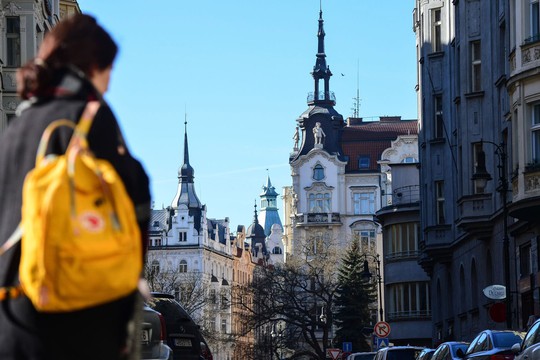 The situation in Europe is getting increasingly complicated amid the ongoing crisis in Ukraine, with worsening economic and political problems and military risks rising fast. The situation is drawing a great deal of attention and concern from Western media.

The prominent American politician, Patrick Buchanan, notes that even though Washington welcomes the prospect of Finland and Sweden joining NATO, this would create new problems for the United States itself. Moscow has already threatened that should the two Scandinavian countries join NATO, Russia will deploy its nuclear weapons in the Baltic region.

Buchanan wonders how wise it would be to formally agree to go to war with Russia with tactical nuclear weapons to protect Finland.

“How does it benefit our country, the USA, to be obligated to go to war with a nation that commands the world’s largest stockpile of nuclear weapons — over some quarrel in the Baltic Sea or Gulf of Finland that does not affect us?” he adds.

Should Russia clash with Finland or Sweden today, the US is free to respond, or not to respond, as it sees fit, depending on its own assessment of risks and rewards. However, if Finland and Sweden are accepted into NATO, the Americans will have to send their troops to fight in faraway Scandinavia, where the United States has no interests at all.

“What enabled America to stay out of both world wars for years after they began was our freedom of ‘entangling alliances,’” Buchanan emphasizes.

Europe, meanwhile, feels that US efforts are weakening it, and NATO expansion is part of Washington's plan to make sure that the chaos in Europe continues to grow. Slovak political scientist Tomasz Prochazka writes that "Washington has everything planned out: the current situation suits the United States’ geopolitical goals more than it does Europe, which, after breaking ties with Russia, will become totally dependent on America."

There is much more at stake now than Ukraine itself because it is the European Union that will end up the loser in this conflict. This conflict may deprive Europe of a significant role in the world, because once its long-standing trade and other ties with Russia are gone, Europe will fall into total dependence from the United States.

Moreover, the crisis may politically harm a number of European leaders. Including the British Prime Minister Boris Johnson, who actively advocates the expansion of NATO’s military assistance to Ukraine and ramping up anti-Russian sanctions. Ahead of upcoming elections, Johnson is now under fire, which could eventually cost him his job.

Indeed, Boris Johnson's approval rating has sunk to a record low of his entire premiership with a YouGov poll showing that two-thirds (66%) of the British public are critical of Johnson, and only a quarter (24%) are in favor. Besides, Britain’s acute economic problems, caused by the sanctions war against Russia, are exacerbating the crisis of confidence in his government.  The economy is in recession and economic growth has stalled due to sanctions that sent energy prices up. Inflation in the UK has reached a 30-year high of 6.2 percent. According to a report by the government's Office of Gas and Electricity Markets (OFGEM), the UK may see a record drop in living standards in 70 years. The British think tank Resolution Foundation notes: "1.3 million people, including 500,000 children, will be pushed into absolute poverty next year.”

The London press writes that failing to offer understandable measures to shore up the economy, Boris Johnson is trying to distract people with unnecessary projects like “aid to Ukraine.”