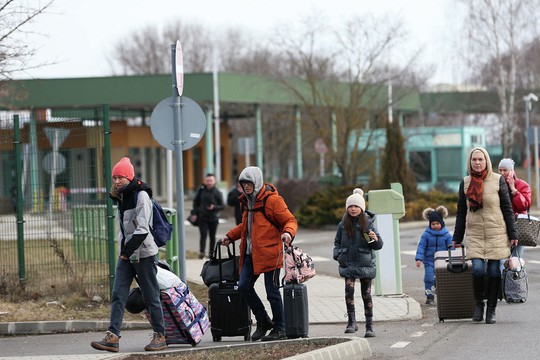 The inflow of Ukrainian refugees is becoming a serious problem for European countries.

According to UN High Commissioner for Refugees representative Shabi Mantou, almost 836,000 people had left Ukraine as of March 2, and already over a million by March 4. An estimated half a million of these people arrived in Poland, more than 100,000 - in Hungary, while the population of Moldova has jumped by four percent due to the influx of refugees fleeing from Ukraine.

Moldovan Foreign Minister Nicu Popescu, is seriously alarmed by all this.

“We call on all European countries to share this burden more fairly. No one would like to see Moldova blowing up and find itself in the epicenter of great financial, political and economic upheavals,” he warned.

These concerns are fully shared in Moldova’s neighboring Poland with Warsaw Mayor Rafał Trzaskowski talking about almost 290,000 people who have arrived in Poland from Ukraine.

“And this is just the beginning. Experts talk about several million refugees who could end up in Poland. The time of "heartfelt" help must end," Trzaskowski believes.

Europeans are beginning to worry not only about the number of people who have left Ukraine, but also about the very special mentality they have brought to Europe. For example, some of them demand to be spoken to in Ukrainian, some are complaining about a non-working pool in the hotel they are staying in, and some present their Ukrainian passports and demand free service. Bulgarians, for example, are especially annoyed watching some more of the aggressively-minded refugees paint-spraying and tearing down monuments to Soviet soldiers.

Some have also been migrating to Russia, but while most of them are women with children and elderly people, physically fit Ukrainian men of draft age prefer to move to the West. And what they are doing there? On March 1, in Bologna, Italy, several Ukrainian "refugees" stabbed to death two truck drivers from Belarus in a parking lot. On March 4, in a supermarket in Brescia, Italy, a native of Ukraine started a dispute about the “war” stabbing two Moldovans with a knife…

There is another, much more serious threat that this mass exodus from Ukraine is posing to Europe though.

“During the past few years, many neo-Nazi activists and groups from the US and Europe have visited Ukraine to establish contacts and receive military training,” the Spanish online newspaper El Público writes. “What will they do when they get back home? The answer is obvious. The Europeans may pay a prohibitively high price for the hearty welcome they have given these people,” the paper warns.