Europe on road to its own decline 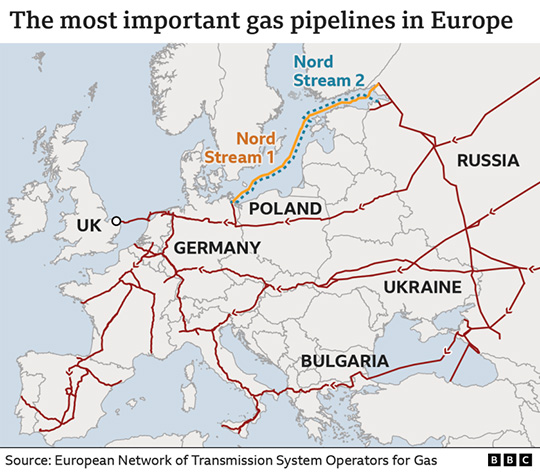 By the time Europe takes stock of its condition, it will find itself alone, writes “Asia Times”. Just a decade ago, few could have predicted that Europe would see a war between a country that is not ashamed of soldiers with Nazi symbols tattooed on their bodies and a former communist nation, a war ostensibly about energy that got the support of the European Union’s political left as well as the “Greens”…

American and European neoliberals found each other in an “Atlanticist consensus” in 1990s. They championed free markets to varying degrees, but they shared the belief that it is imperative for Western values to set the Global Agenda.

The ideology of European and American Atlanticists aligned perfectly, but the same cannot be said about their vital economic interests. The US is rich in natural resources, it is less reliant on international trade, and it has the “exorbitant privilege” of issuing the world’s reserve currency.

Russia dissolved the Warsaw Pact after the fall of the Berlin Wall. Yet The North Atlantic Treaty Organization, rather than disbanding, expanded eastward. The Europeans didn’t see the contradiction of developing mutually beneficial relations with Russia while at the same time stationing a large army on its border.

Lack of resources prompted Germany to turn to Russia. Using low-cost energy from Russia enabled Germany to add about a trillion dollars to its annual gross domestic product. Russia benefited from a steady stream of billions of dollars flowing in from Europe every year, obviously a win-win deal.

Between the 1990s and the 2020s, Europe and Russia built a massive network of pipelines from central Russia that carried gas and oil to Northern, Central and Southern Europe (pic.). It was by far the largest energy infrastructure project in the world.

Successive US administrations sounded the alarm that Europe was becoming too reliant on Russian energy, especially its natural gas. Then German chancellor Angela Merkel had no such concerns, nor did other many European countries that became part of the pipeline network. Ukraine and Poland, major transit countries, earned billion in transit fees.

The pessimistic scenarios see Europe facing deindustrialization, the loss of trillions in investment capital, and a drastic reduction in living standards. Add to all this the fragile financial position of many EU countries and yet-to-be-tamed inflation, and the bleak scenarios are warranted.

By the time Europe takes stock of its condition – and wonders why its political elite killed a ceasefire agreement between Russia and Ukraine – it will find itself alone.

The cost of losing Russia is incalculable!

Russia will have turned to the East.

The US is likely to turn inward to deal with its own problems.

Europe will have little choice but to do the same, which may be the only positive outcome of the Ukraine tragedy.