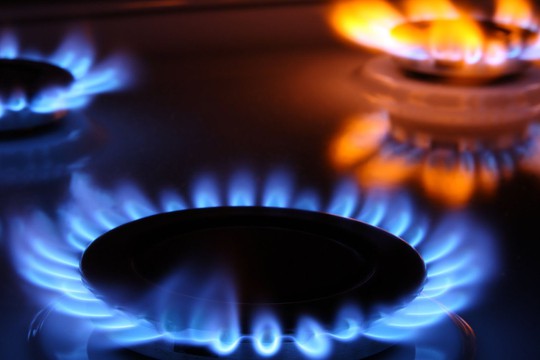 Statements by a number of EU countries that they will not buy Russian gas for rubles have led to an intensive gas transfer from one country to another within the European gas market. What is important - it is mainly gas from Russia.

The British newspaper "Financial Times" writes that some of the largest energy companies in Europe are preparing to pay for gas in rubles, but, according to critics, such "violation of EU sanctions" undermines the unity of the European Union. They also believe that paying for gas in rubles means "financing the Russian economy." But the Europeans do not have an immediate option to replace Russian gas with gas from other sources. Therefore, the resale of this gas from country to country has begun, what did not happen before.

Poland refused to pay in rubles and even declared that "it does not need gas from Russia." Gazprom responded to this: We know how Poland, after stopping direct gas supplies from Russia, began receiving the same Russian gas from Germany on April 29. The volume is approximately 30 million cubic meters per day, which exactly corresponds to the gas volume for the needs of Poland, if supplies were coming from the territory of Russia.

It also became known that Germany and Greece are ready to increase gas supplies to Bulgaria and Poland after they refused to pay in rubles, - writes the Financial Times. At the same time Greece is ready to pay Russia directly so that gas supplies to the country are not disrupted, and this issue should be resolved by the end of May. The Greek leadership believes that "by that time, the attitude of both EU states and European companies will be fully clarified with regard to the payment technical details, that is - the conversion of euros into rubles, with which we paid at the request of the Russian company."

In Bulgaria, which refused to pay in rubles for Russian gas, protests of the population began. Representatives of more than 25 thousand enterprises appealed to the country's authorities with a demand to establish a dialogue with Gazprom and resume Russian gas supplies. These companies employ 82% of the employees of the whole of Bulgaria, and they provide 86% of the country's GDP.

At the same time the Russian side blocked attempts to pay for gas in rubles from Gazprom Marketing & Trading for the reason that Germany recently confiscated this  Gazprom company and nationalized it. As a result, Germany wanted to pay Gazprom with the money it had stolen from it. Gazprom refused to accept this payment.

The British press writes that so far not so many European countries are ready to pay for gas in rubles, but confirms such countries as Austria and Hungary have already expressed their consent. Most likely Germany will join them. And it turns out that those EU members who will receive gas from Russia for rubles will then start reselling it to neighboring countries which pretend  they don't know that all this gas comes from Russia.

The question of the final high price for such gas resales has not yet been discussed, but the price, no doubt,  will be very high.