Europe-Ukraine: When marketing is more important than politics 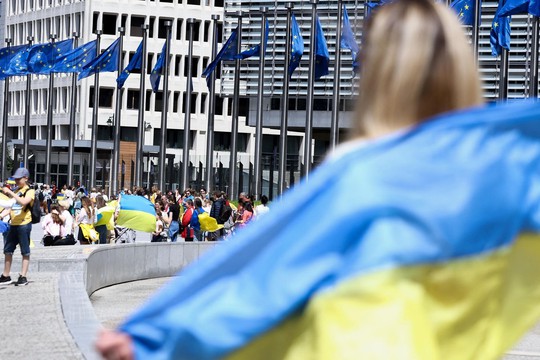 For many years, our politics was full of marketers and painfully lacking in statesmen. We're seeing statesmanship now, but marketing is sorely lacking, writes English “The Spectator” in an article "Is the West’s Ukraine response about to fracture?”

American and European leaders have so far stood firmly behind Ukraine. Public opinion, however, is starting to dwindle. The most important fight for Ukraine could ultimately take place in the homes, streets, and squares across Europe.

President Volodymyr Zelensky became a media sensation, changing overnight from deeply unpopular politician into a model wartime leader for our times. His government uses every trick in the book to keep the world interested.

But six months into the conflict 'information fatigue' is creeping in. Front pages of European media spend more ink on cost of living than on military operations.

The Russian economy is taking serious damage, growing with each passing month. Yet Russia's leaders hope that the West will cope worse with hardship than their own country, where a quarter of households still lack access to an indoor toilet.

And they are right to think so. Hardly a day passes without 'gas crisis' in the headlines. No wonder that the public mood in Europe is settling deep in the doom and gloom territory.

Presenting rising cost of living as a necessary price to pay for Ukrainian freedom is a surefire recipe for trouble. Appealing to the value of independence works when our own independence is at stake.

But no matter how repulsive you find Russian actions in Ukraine, odds are that the wellbeing of your family still matters more to you than the freedom of strangers in Kharkov.

Come winter, concerns may turn into despair, late payments into debt. Meanwhile, the war will drag on, further diluting the initial shock of Western audiences towards mildly perturbed indifference. Domestic problems will necessarily prevail, as they always do.

For many years, our politics was full of marketers and painfully lacking in statesmen. We're seeing statesmanship now, but marketing is sorely lacking.

…Governments will face increasing pressure to 'normalise' relations with Russia. Those resisting may be replaced by Kremlin-friendly politicians.

In short, Russia would win, concludes “The Spectator”.