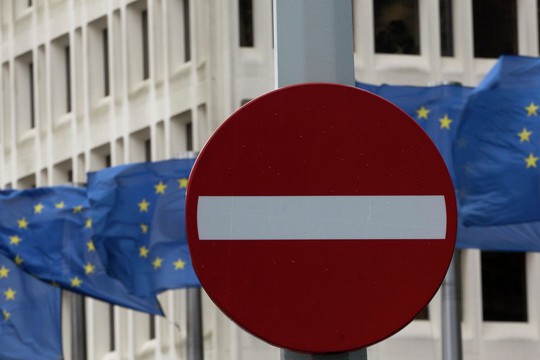 Putin has elegantly fooled both the European Union and America. In front of the whole world he played his notes, and everyone danced to his tune,- said American journalist Mike Bakhter, quoted by the European press  (pecat.co.rs), Russia used interesting economic tactics from the very beginning, lured everyone onto “thin ice” and already in March earned more than $ 20 billion in just a few days. Plus Russia returned about 30% of the shares of its monopolies.

Previously part of the shares of energy companies belonged to foreign investors, Americans and Europeans, which means that almost half of the income from the oil and gas industry did not go to the Russian treasury, but to the accounts of the "financial sharks" of Europe and USA. Now Russia's oil and gas revenues will not go abroad, but will remain at home.

In a few days Russians bought shares of Western companies that bring in billions of dollars for a song and left foreign owners without previous earnings. Never before in the history of the exchange has such a brilliant operation been carried out.

It is clear that Putin and his team have set two important goals. One goal is military: it is necessary to achieve the neutral status of Ukraine, and the second is to nationalize the Russian elites, build an obstacle to the withdrawal of money offshore. As we can see, Russian goals are being successfully achieved.

What have sanctions against Russia brought to the European Union? Absolutely nothing. Moreover, they incur losses together with advice that we should wash less, use less air conditioners and batteries (soon, probably, we will be advised to eat less), everything turns into a grotesque. The Europeans have banned Russian flights to the EU. The Russians responded by banning flights over Russia. Now Europeans who need to fly to Asia are forced to make a big detour, and it costs them dearly. But the American Boeing has not imposed such sanctions and continues to do business, occupying the market and taking profits from stupid Europeans.

Some Russian banks have been disconnected from the SWIFT system. But how will the EU pay for gas, oil and fertilizers? What will the Europeans do without gas, fertilizers and grain?

The EU has banned the export of its cars to Russia. So what? There are many car manufacturers in the world, and there is some choice. But with this ban the Europeans are destroying their industry.

The West has always been stronger in propaganda, and Russia is stronger in reality. And now, in response to the ban on Russian channels, the Russian authorities are banning Western media, including Deutsche Welle, the BBC, Radio Free Europe and many others. As a result, this will lead to a reduction in the number of idiots and the "fifth column" in Russia itself. It turns out that it wins.

High gas prices will make European goods expensive and unprofitable. A ban on some products will cause double damage. It will be a real disaster for Europe. Most likely, the sanctions will really scare - not Russia but the European Union.

In fact, Europe will soon have to lift these sanctions, because otherwise a real catastrophe will break out in the European economy, possibly - in many sectors at once. Having lost grain from Ukraine, as well as gas and fertilizers from Russia, Europe will face a real famine. The sanctions also had no effect on the course of the operation in Ukraine. Ukraine will be liberated from Nazism.