European dilemma with Russian oil – they want to they but can't 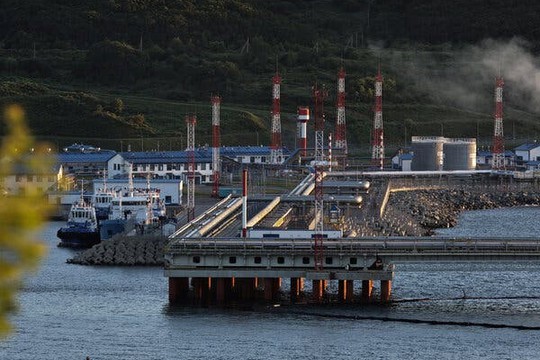 EU countries plan to delay Russian oil price cap amid divisions, writes Bloomberg. They want to they but can't, because it hurts their own interests.

European Union nations are struggling to reach an accord on imposing a price cap on Russian oil and will likely push back a deal on the issue until after a broader sanctions package has been agreed.

The EU push to impose a price cap on Russian oil would align the bloc with a US effort to keep the cost of crude from soaring and to eat into Moscow’s revenue from energy sales. The Group of Seven reached a political agreement on a cap earlier this month and the commission said it would work to implement the proposal.

Many details still need to be ironed out, including at what price the allies would set the cap, the people said. Any measures would need to take effect before Dec. 5, when previously adopted EU measures take force that ban the import of seaborne oil as well as the services needed to ship it.

In June, the bloc’s 27 nations spent weeks haggling over the terms of the current oil measures, which include an embargo on Russian seaborne oil and petroleum products, an exemption on pipeline deliveries and a ban on providing services, such as insurance, to Russian oil shipments anywhere in the world.

The US has been pushing to loosen those prohibitions over fears that they could lead to a spike in global oil prices.

It remains unclear how effective a price-cap regime would be, particularly since some of Russia’s biggest buyers, including China and India, haven’t agreed to join.

US officials have argued that the price cap could work even if many buyers don’t officially join the coalition, since they could still use the system for leverage in contract negotiations with Moscow to negotiate lower prices.

Adoption of the cap would also require member states to put national interests aside in favor of European solidarity.

EU countries that won exemptions for oil received through their pipelines want to ensure that those remain intact, while nations that import via sea could seek to link the price cap to the currently envisioned full embargo on seaborne deliveries in order to level the playing field, one of the people said.

Shipping nations, such as Greece, Cyprus and Malta, could also try to protect their respective industries from the measures, the person added.

…All this means that it will be very difficult to reach a common position among EU members. In a crisis situation, ‘European unity’ has become just an empty slogan.