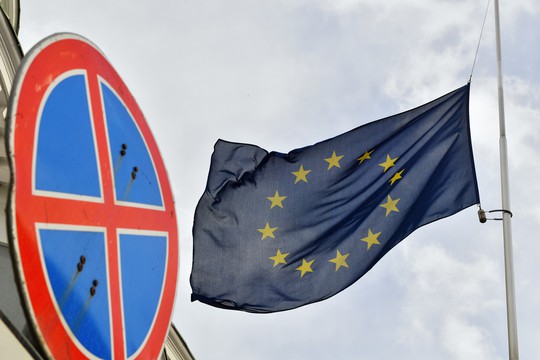 The question of which side has the most to lose from Europe's hostile policy against Russia is becoming a hot issue in the West. At first, it seemed to the European establishment and the Americans that under the pressure of "infernal sanctions" Moscow would "break down" and retreat. And later Russia  would agree to any terms of surrender the West will offer. And it’s only now that they began to write with surprise in the European press  -  "pressure on Russia does not work."

For example, former NATO adviser, strategic intelligence officer Jacques Baud  in an interview with Grayzone  said that the West made every effort to prevent a political solution to the crisis and turned Ukraine "into a bargaining chip" of its hostile campaign to "weaken Russia." He notes: "The West in general, but the Americans especially, have made every imaginable effort to prevent a political solution… The essence of what is happening is to weaken Russia, and the American Rand Corporation has conducted a number of studies on how best to force Russia to spend a lot of resources… But, this has little effect on Russia – it does not "break". We (the West) make decisions without even really realizing what is happening, and this indicates the extreme immaturity of our leadership – and the West as a whole. First of all, this concerns the United States, but I believe that the Ukrainian crisis has shown that the European leadership is no better – it does not understand what is happening."

Nevertheless, the European Commissioner for Foreign Policy and Security, Josep Borrel, officially spoke in favor of an armed operation by the West against Moscow. But the Serbian newspaper Pechat writes: "neither Borrel nor any other European officials asked European citizens what they think about this. Do they really want to go to the eastern front with machine guns? Apparently no one is going to ask them. It looks like the West's plan is to fight Moscow “to the last Ukrainian,” but after Borrel's statement, it will not be a surprise if the plan transforms into a fight  “to the last European.” And it remains unclear how the citizens of Rome, Frankfurt, Linz, Bordeaux or Lisbon are connected with Ukraine? How can events in this remote country threaten the peoples of Europe who themselves are severing vital economic ties with Russia?...  The EU is preparing a fifth package of sanctions against Russia, but they don't tell anyone that this package, like all the previous ones, will hit Europe and its residents very hard."

Leonhard Birnbaum, the head of Germany's largest energy concern Eon, confirms this in his interview: "Germany cannot impose an embargo on Russian energy since such a step would hit the whole of Europe. After all other EU countries depend on our oil, gas, and coal — primarily Poland, Slovakia, and the Czech Republic. The decision on the embargo will simply tear the EU apart. Slovakia is completely dependent on Russian gas, countries such as the Czech Republic and Austria receive most of their gas from Russia, and in many other EU countries Russian gas makes up a significant share of energy balance.