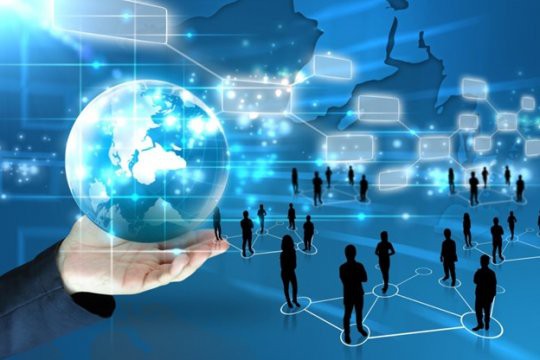 The participants discussed the social and political implications of the new challenge facing humanity - the coronavirus crisis. The Russian International Affairs Council (RIAC) was represented by its Program Director Ivan Timofeyev, who took part in the session "Exiting the Pandemic: Further Scenarios for the Development of Relations between Russia and Europe." RIAC members Alexey Gromyko and Fyodor Lukyanov also took part in the event.

When opening the forum, the director of the Russian House in Brussels, Vera Bunina, said that its mission was to try and comprehend the impact of the coronavirus pandemic on the digitalization of all spheres of human life, including social ties. Russia’s ambassador to the Kingdom of Belgium, Alexander Tokovinin, delivered a message of greetings to the participants and emphasized that the key word characterizing the consequences of the COVID-19 pandemic is “change.” We know from history that when times get rough, competition between countries and peoples tends to pick up. There is nothing wrong about this as long as this competition conforms to generally accepted rules and is in line with international laws and decency.

Dmitry Polikanov, Deputy Head of Rossotrudnichestvo, a federal Russian agency that co-organized the online forum and provided its premises in Brussels to host the event, fully concurred, noting with regret that many provisions of the European Union’s fundamental documents feature a clear anti-Russian bias, which complicates Moscow’s cooperation with the European countries in the ongoing effort against the common threat of a continued spread of the coronavirus epidemic. Polikanov also dwelled on the Rossotrudnichestvo agency’s role in expanding humanitarian and cultural contacts between Russians and Europeans.

Alexey Gromyko, Director of the Russian Academy of Sciences’ Institute of Europe, Doctor of Political Science and a Corresponding Member of the Academy of Sciences, said he was happy to have had a chance to participate in such a forum for the third time, and thanked his Western colleagues and partners for their interest in the topics it prioritized. He shared his views about the geopolitical situation and voiced an opinion that the global rivalry between the United States and China, and between the United States and the European Union will only intensify in the coming years. That being said,  Russia should avoid getting entrapped in the current US-China spat just as it is standing up for its interests when dealing with the EU countries.

Claire Dale, who is a member of the European Parliament, fully shared the previous speakers’ description of the coronavirus pandemic as a "terrible test" for all mankind. According to her, in 2020, the average economic decline in developed countries amounted to 4.7 billion euros. It was against this background that Europe's relations with Russia hit the depths reminiscent of the worst days of the Cold War era, with all accompanying restrictions, bans and sanctions. Claire Dale suggested that this anti-Russian rhetoric was being fueled by self-serving European politicians, and pointed to a gaping rift separating these politicians from the rest of Europeans and widening due to propaganda being spread by corrupt media. She pointed to the US-inspired campaign against Nord Stream 2, the blocking of the Russian anti-COVID vaccine, the expulsion of Russian diplomats from the Czech Republic, Bulgaria, Poland, Slovakia and other countries located close to Russia’s borders as a graphic example of this.

Taking a cue from Claire Dale, Fyodor Lukyanov, a member of the Russian International Affairs Council, recalled that at the previous - Second Forum of 2020, many were optimistic that this year’s event would be a no-mask, offline event, but unfortunately those hopes never materialized. Digitization and “telecommuting” have penetrated almost all spheres of social life, including education. Citing the example of his own son, Lukyanov said that the teachers who saw off this year’s school graduates noted that during this academic year they had become more introverted and less open. This means that the COVID-19 pandemic has brought most unexpected changes to society. Fyodor Lukyanov also suggested that inheriting the 20th century’s worst fears and phobias, modern societies are now gravitating towards more authoritarian and even totalitarian forms of government.

Gianluca Sgueo, a scholar at the Brussels School of Management, outlined his own ideas about the digitization of the economy. He believes that this process is inevitable and irreversible and will not necessarily lead to the replacement of liberal social values ​​with authoritarian ones. And, oddly enough, the coronavirus pandemic actually accelerated the introduction of "digitized" technologies.

Russian and European experts who spoke at the forum agreed that once the COVID-19 pandemic is over, the world will never be the same again.