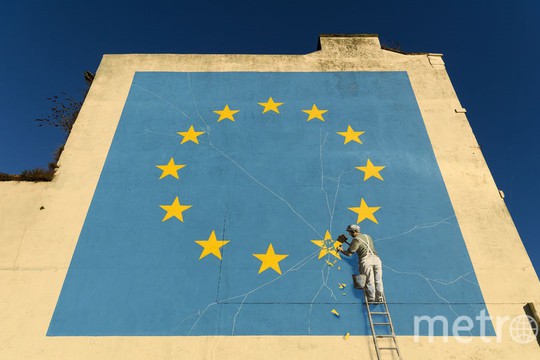 ‘Greater EUrope‘ essentially under German leadership – in friendly co-operation with the U.S. – not only in my view this equally is a mirage, and the Franco-German leadership duo now subordinates itself to US geopolitics, - writes German columnist Klaus Dräger. He analyzes the current state of affairs in Europe, which, in his opinion, is losing its sovereignty and becoming a pure vassal of the United States.

Not so long ago, the EU grandees were startled by the policies of U.S. President Donald Trump: punitive tariffs on EU trade goods, ‘Nato is obsolete,’ support for Brexit, etc. They were getting very worried about the stability of the transatlantic alliance between the US and the EU.

From now on, the EU grandees proclaimed, the EU would strive for becoming an independent world power: militarily, economically and trade-wise on par with the U.S., Russia and China. EU Commission President von der Leyen propagated this vision with pithy catchwords: geopolitical commission, common army of Europeans, strategic sovereignty of the EU.

Just a few years earlier, France’s President Macron called for an independent EU balancing policy toward Russia and pledged for increased EU geopolitical-military engagement in the Sahel. There is now an interesting silence in Paris about all this.

This is also because of the failure of the Mali operation (in which the Bundeswehr was also involved). The declining ability of major EU-powers such as France and Germany to keep control over African client states – it tells a lot.

Concerning the EU’s quest for strategic sovereignty at large, a different scenario is developing.

The previous fault lines within the EU – the ‘frugal five’ (the Netherlands, Austria, Denmark, Sweden and Finland ), the EU South, the Eastern European Visegrad states – these still subsist and get mixed with new lines of conflict. The Berlin-Paris leadership axis has only been kept together in a makeshift way, facilitating agreement on the EU’s‚ recovery programme ‘Next Generation EU’, but the Franco-German leadership duo now subordinates itself to US geopolitics. France’s government remains a bit hesitant, Germany’s acts with increasing verve in support of the U.S. and NATO.

President Biden uses the loyal governments of Poland, the Czech Republic, the Baltic states (and increasingly Sweden and Finland) to press the rest of the EU into its geopolicial line and thus weaken the Franco-German tandem.

Meanwhile, Josep Borrell, the EU’s High Representative for Foreign Affairs, radically reinterprets the previous EU vision. The ‘geopolitical Commission’ now aims to strengthen the ‘strategic sovereignty’ of NATO and the global West as a whole – not that of an independent EU.

Von der Leyen, on the other hand, is doing her best to dress up this fragmentation of the EU with flowery speeches.

The ‘Greater EUrope’ project coincides with NATO’s well-known strategy for its eastward expansion. If it were realized, those forces within an enlarged EU that further cement US dominance over Europe would be strengthened with Ukraine, Moldova and Georgia. Scholz and von der Leyen may think that they can keep ‚Greater EUrope‘ essentially under German leadership – in friendly co-operation with the U.S. – but not only in my view this equally is a mirage.