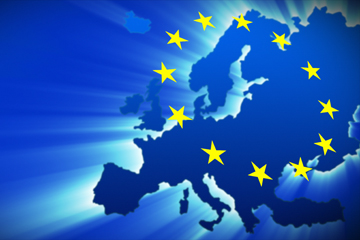 The year 2011 will be remembered as a period of unprecedented uncertainty in the history of modern Europe. On the one hand, contrary to widespread apocalyptic expectations, the EU did not crumble and the amplitude of the oscillations in the value of the relatively young European currency did stay within tolerable limits. On the other, it is clear that the integrated Europe's worst crash tests are still ahead and that the difficulties confronting the EU are a lot more systemic than circumstantial.

The controversial resolutions produced by the December, 2011 EU summit reflected the new reality of the alliance which in its better days used to function in an automatic regime but from now on will require “manual control”. The fundamental reason why tough measures like the establishment of the European stability fund or the promulgation of a fairly intrusive fiscal pact for the EU member-countries have to be taken - and why clashes multiply within the EU over the economy, foreign policies, etc. -  is the epic failure of the European integration principles adopted in the 1990ies. Assessing the severity of the situation, French minister for European affairs Jean Leonetti bluntly warned last December that “the Euro and the entire Europe could break up if the leaders of the European Union fail to tackle the bloc's financial crisis”.

While, in the majority of cases, outbreaks of instability that can easily go global invite conspiracy theories, it must be recognized that external influences have contributed little if anything to the EU nosedive. The US, the country that typically draws anti-conspiratorial invectives, obviously does not stand to benefit from the current European crisis. US Secretary of the Treasury Timothy Franz Geithner de facto made it articulated when he suggested that the EU heavyweights help their less resourceful peers by absorbing the debt crisis costs and that the European policy makers in concert with central banks “erect a firewall” to put an end to the problem. Considering that US President B. Obama faces budgetary battles of his own and the economies of the US and the EU are tightly interwoven, Washington should be keenly interested in the viability of the EU. Other global players, including China and forces of politicized Islam, must be watching the situation closely, but blaming on them the widening the gap between Great Britain and France or South European countries' credit rating misfortunes would be as unrealistic as saying that that R. Reagan, Deng Xiaoping or Usama bin Laden personally brought about the collapse of the USSR.

In other words, it may be expedient for the European top duo dubbed Merkozy by the media to cite isolated circumstances such as Great Britain's lack of openness to compromise or the Greeks' habit to take too much time off, but the root causes behind the European problems in the pursuit of integration are to be found in Brussels, in the very EU institutions whose headquarters lend a futuristically characterless appearance to a whole district of the city. The simple truth is that the European bureaucracy started drafting the architecture of the united Europe without much care for those who were supposed to inhabit it. The authors of the Maastricht, Lisbon, and likewise treaties seemed naively convinced that the new Europe would be the home of some new people free from racial or other prejudices, knowing no entrenched national grievances, and eager to give up whatever traditions they had been steeped in. However, it transpired as soon as the crisis popped up on the horizon that the division lines in Europe, regardless of its visa-free travel and common currency, were sharper than even in the 1970ies or 1980ies. The key idea expressed in a recent opinion piece in La Repubblica is that today's Europe is enduring an identity crisis rather than a financial one. It takes a European nation with a strong sense of cohesion to cement the united Europe, but this is not what the empirical reality is presenting the EU architects with. As noted in the same La Repubblica paper, never before Lithuanians, Cypriots, Maltians, Slovaks, Italians, Estonians, Brits and Austrians – not to mention Germans and Frenchmen – have coexised within integrated statehood, sharing economic resources, thoughts, and sentiments. Two attempts to build a continental empire around a dominant nation – one made by Napoleon, another – by Hitler – being on Europe's record, the nationalist renaissance across the continent evokes unwelcome similarities with the atmosphere of the past epochs.

Euro is a currency similarly stuck somewhere between the past and the future. Scrapping national currencies under pressure from Brussels, the EU countries did retain their individual financial institutions, budgets, and central banks. As a result, the stronger EU players predictably ended up donating resources to keep the balance sheets of the weaker in decent shape. In the settings, Euro looks like an orphan adopted by seventeen parents who are visibly at odds with one another and is unlikely to achieve credibility or ignite political enthusiasm, says La Repubblica [1].

The EU has a common currency, but the European taxpayers continue to live in different countries and thus remain separate constituencies with occasionally diverging preferences. Europe's unsuccessful – from Spain and Portugal to the Baltic republics – have no intention to shed their national identities in the name of the United Europe or to sacrifice their economic egos. The spirit has never quite waned in any of the European countries and at the moment increasingly draws verve from the allergy to the model of faceless existence imposed by Brussels. When the people mindful of their unique national histories are urged to convert to a pan-European identity and bow to the directives churned out by the Brussels bureaucracy, the offer meets with explainable resistance which takes diverse forms from anti-globalist protests in West Europe to rallies in defense of national uniqueness and distinct religious mentality in Greece. No doubt, the intensity of the resistance will be growing in the foreseeable future.

Europeans certainly looked more united back in the 1990ies, but things started to change when the EU put on its agenda the hyperambitious task of bracketing within the integrated Europe the nations which historically used to belong to unfriendly camps. Instead of opening up untapped markets, the hasty incorporation of Central and East European countries brought the EU in contact with a world of provincial attitudes and parasitic inclinations. The British conservatives' calls for a withdrawal from the EU are not in the full sense of the word isolationist – they are premised in the understanding that marriage between Europe's oldest democracy and this rising second-grade Europe is simply out of question. According to The National Review “The island of Britain is, and is not, a part of Europe — carefully pulling out when things heat up, terrified that it will be pulled back in when things boil over. British prime minister David Cameron knows the old script well, as he adamantly and publicly insists that Great Britain is still a part of the crumbling European Union while privately assuming that it is not." The American journalists' final diagnosis is not very optimistic either: “That schizophrenia is what we should expect from dozens of cultures and histories squeezed into too small a continentfull of lots of bright — and quite proud — people.“[2].

Another corrosive tendency which threatens the EU and gained additional momentum in 2011 is the intensification of the internal stratification process. It has already left the alliance split into communities of different levels openly competing over financial, natural, and other resources. Today's key strata are the Merkozy-led French-German tandem, Scandinavia with the Baltic republics trailing, the Mediterranean region, and the countries of Central and East Europe. To further complicate the picture, a swelling conglomerate of affiliated formations permanently skirts the EU, making it ever more amorphous and hard to manage. As a prime example, Poland is busily cultivating the so-called Eastern Partnership, even though Brussels seems increasingly skeptical about admitting the “eastern partners” in any foreseeable future and prefers to limit its involvement to pledges of financial assistance. The resolutions of the Eastern Partnership's September forum said that the EU would in 2010-2013 pour Euro 1.9b into the group's bilateral and regional programs, but Brussels declined to announce any political obligations with regard to Ukraine or other post-Soviet republics [3]. The EU administration lightheartedly admits that the Eastern Partnership serves the purpose of keeping East European countries at bay least they start drifting politically towards Russia [4]. German watcher K. Müller stresses that essentially the initiative reads as an attempt at Europeanizing East European nations by exporting the European institutional system to them and thus seriously infringing upon their sovereignty [5]. At the same time, Germany is scoring geopolitical points in the Balkan region, and France is particularly active in South Europe where N. Sarkozy patronizes the Union for the Mediterranean. The combination is powered by the escalating rivalry between Berlin and Paris, which surfaced during the campaign in Libya and the dispute over Serbia's entry into the EU and has a potential to become a fundamental European problem already this year. Der Spiegel remarked with irony that Berlin would soon have to decide how it is going to bite into Russia's and Asia's emerging markets but remain loyal to its traditional allies – West European countries and the US [6]. In Der Spiegel's description, the line of conduct taken by Berlin amounts to a double personality syndrome. The latter, it should be noted, is a symptom of schizophrenia.