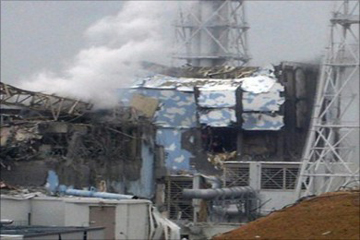 The way the European Commission react on the nuclear disaster at Fukushima-1 nuclear power plant in Japan does not coincide with the common idea of clumsiness of the European bureaucracy machine. The decisions to carry out stress-tests of Europe’s nuclear power plants and to elaborate new nuclear security standards were made on a timely basis. A wide discussion is under way at the level of industry’s experts how the energy sector in Europe should develop further considering the Japanese experience. The European Commission is now preparing a document, which will set the guidelines of the EU energy policy till 2050. This document can influence the EU’s long-term strategy, which is also important for Russia.

Everybody, including the supporters of nuclear energy, agrees that the future belongs to renewable energy sources. At the same time everybody understands that nuclear energy is also necessary today. The details of transition to the energy of the future are uncertain; it is not clear if the plans of Europe’s “nuclear renaissance” will be scaled down following the disaster on Hokkaido.

Most of the European leaders have spoken out for the continuation of the use of nuclear power plants (NPP). Some countries have economic grounds for that. For example, Spain’s Environment Minister Rosa Aguilar has made it abundantly clear that now it is not the right moment to discuss the safety of NPP - even though the plants at Cofrentes and Burgos are equipped with the same American reactors as Fukushima-1. They do not raise the question to cancel the license for prolongation of operation term of the reactor at Burgos let alone the revision of the governmental decision to extend operation terms of NPPs from 40 to 60 years.

The British Energy Minister Chris Huhne has proposed to check the safety level at Britain’s NPPs, but at the same time Britain is objecting Germany’s demands to strengthen stress-tests’ and to make them obligatory for the energy companies. The reason for such a disagreement is obvious: Great Britain has prepared a large-scale program for the renewal of nuclear reactors while Germany which plans to abandon the use of NPPs in future has nothing to lose. That is why it was Germany, which came up with the initiative to revise safety standards at NPPs. By the way, the idea to carry out stress-tests was proposed by Austria, which Constitution bans the construction of NPPs. The Czech President Václav Klaus meanwhile accused European politicians who have called for a review of nuclear power in the wake of the Japanese earthquake of engaging in "opportunistic populism”. Unlike Austria the attitude towards nuclear energy in Czech Republic is not so negative and Vaclav Klaus’s appeals not to panic won’t affect his popularity.

In Germany the situation is different. Most of the people[1] are for the soonest closure of NPPs, and 70% of the population think the disaster to the Japanese one in terms of its devastating consequences may repeat in Germany. Theoretically an aircraft crash, a flood, a terrorist attack or disruption of energy supply as it was at Fukushima may cause an accident at a nuclear power plant. Even if the organizers exaggerate the number of people who took part in campaigns for the closure of NPPs (according to them, 60,000 went in the streets while police claim there were only 18 000), the scale of anti-nuclear movement in Germany is obvious. According to the poll conducted by the Tagesschau newspaper, more than 40% of respondents consider the nuclear safety measures announced by the government a PR-move to win votes and soon everything will resume its natural course. By the way, Germany’s energy companies have already announced, that they stop making payments into the fund for the development of alternative sources of energy: they were obliged to pay 300 million euro annually for the extension of the operation of NPP. Of course, now they do not want to pay for the operation of NPPs which are expected to be closed anyway. But the German government’s reaction on the disaster in Japan was not only in word but also in deed. They have begun to consider options to partially replace nuclear energy with other energy sources. The increase of electricity production by coal thermal power plants is limited due to high hydrocarbon emissions, the risk of using oil has been demonstrated by the war in North Africa. Many experts, for example, Prof. Claudia Kemfert from Germany’s Institute of economic studies, see the construction of gas stations as the most acceptable variant to make up for nuclear energy.

An option that comes to mind here is the increase of gas imports from Russia, but Prof. Kemfert does not mention it. She only notes that high gas prices have made many nations give preference to coal and nuclear energy[2]. The German gas importers has managed to agree with Russia’s Gazprom that part of gas supplies (about 15%) can be paid under spot prices not contract prices. Russia has never made such concessions before.

Among numerous nuclear energy projects in Europe the construction of the Belene nuclear plant in Bulgaria is likely Russia’s most serious concern. The Bulgarian government promised to make final decision on the construction before June 2011. A special energy commission at the European parliament proposed to check seismic risk at Belene. In this situation it is not ruled out that the Bulgarian government, which is quite skeptical about energy cooperation with Russia, may close the project. As for Russia’s nuclear projects with Turkey, Armenia, Slovakia and Ukraine – they won’t be closed. In any case, Russia’s active participation in the development of the new nuclear safety system is important – both in terms of competitiveness of the Russian nuclear industry and the strengthening of safety standards at Russia’s NPP. It is good that on the initiative of the European commissioner for Energy Russia has been invited to take part in the development of safety tests system. It is expected that the system will be developed by June 2011, so the checks can begin in the second half of the year.

Despite all highlight declarations that after the Fukushima tragedy the energy policy won’t be the same, the European Commission has focused its attention not on the use of nuclear energy but on the strengthening of safety guarantees. And this is clear: under the Lisbon treaty, the energy policy is the authority of the EU but the countries still have the right to choose the sources for energy production independently.

Now the situation is perfect for the European Commission without challenging the rights of the countries to make a new attempt to consolidate the EU’s energy policy. Probably this explains why the European commissioner for Energy made such emotional comparisons of the events in Japan with apocalypses. Using such metaphors the Commissioner appealed to the national governments to join forces facing the common task: according to him – safety is the most important thing. So far stress tests are proposed as a non-obligatory measure but this is a common practice. The freedom of maneuver for the countries of EU is limited. For example, Latvia and Estonia used the right to postpone the application of the Third Energy Package but they do not have the right to abandon it. Besides that the European Commission is trying to strengthen the discipline because some of the decisions were under the threat of failure.

For example, the Energy Efficiency Plan (March 2001) implies that if a country makes no progress by 2012 the measures on energy efficiency will become obligatory. Something similar can be attributed to the safety at NPP. According to an environmental expert Klaus Meier, the introduction of stress-tests will be followed by the introduction of obligatory single safety standards and the commitment to switch off reactors, which failed to pass stress-tests. In this respect the European Commission will have a special mechanism to control this process and to introduce of sanctions, Meier says.

The creation of single energy policy has become a chronic problem for the EU. Some European countries (first of all Poland) are complaining about Germany’s “splitting” position in developing energy cooperation with Russia, which reached the highest point as the resistance to the construction of the Nord Stream pipeline. These disputes push to the background many other issues -  contradictions between the new and old Europe, caused by different level of economic development of certain countries, disagreements on hydrocarbon emissions’ trade, division of the financial burden, the development of alternative energy sector and on climate protection in developing countries.

Besides nuclear safety, another lesson of Fukushima can speed up the consolidation of energy policy of the EU – the necessity of switching to renewable sources of energy. Considering that renewable sources of energy (water, wind, solar and geothermal energy) are diverse and unequally distributed across the European territory - join efforts is the main condition for the development of alternative energy.

It is obvious that energy plays a special role for the future of the EU. The countries, which possess considerable energy resources, often have special attitude towards the integration: for example Denmark (the only of the EU countries where oil production exceeds oil consumption) and Great Britain (produces more than 90% of the consumed oil) did not join the Euro-zone. In Norway the opponents of the European integration say that gas trade will worsen if the country enters the EU.

[1] 53% according to ARD’s data and 60% according to ZDF. 80% of the population speak for the abandonment of the nuclear energy  as such but without unnecessary haste.