Even in NYT they understand: “These are extraordinary costs and serious dangers” in Ukraine 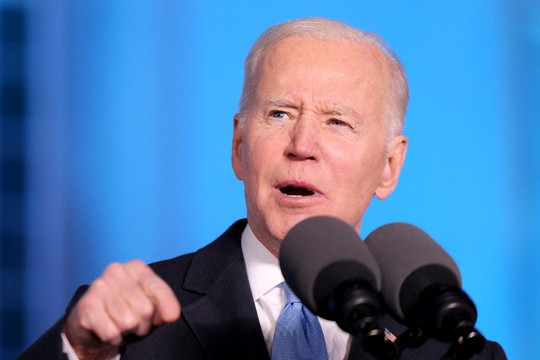 Is the United States, for example, trying to help bring an end to this conflict, through a settlement that would allow for a sovereign Ukraine and some kind of relationship between the United States and Russia? Or is the United States now trying to weaken Russia permanently? Has the administration’s goal shifted to destabilizing Vladimir Putin or having him removed? Does the United States intend to hold Mr. Putin accountable as a war criminal? Or is the goal to try to avoid a wider war — and if so, how does crowing about providing U.S. intelligence to kill Russians and sink one of their ships achieve this?

The complex of such question presents in an article “The War in Ukraine Is Getting Complicated, and America Isn’t Ready”, published in “New York Times” by – very specific case – the Editorial Board! So it is a opinion of the staff.

They stressed some points:

- The Senate passed a $40 billion emergency aid package for Ukraine. But with a small group of isolationist Republicans loudly criticizing the spending and the war entering a new and complicated phase, continued bipartisan support is not guaranteed.

- Avril Haines, the director of national intelligence, warned the Senate Armed Services Committee recently that the next few months may be volatile. The conflict between Ukraine and Russia could take “a more unpredictable and potentially escalatory trajectory,” she said, with the increased likelihood that Russia could threaten to use nuclear weapons.

- These are extraordinary costs and serious dangers, and yet there are many questions that President Biden has yet to answer for the American public with regard to the continued involvement of the United States in this conflict.

That goal cannot shift, but in the end, it is still not in America’s best interest to plunge into an all-out war with Russia, even if a negotiated peace may require Ukraine to make some hard decisions.

- Without clarity visions, the White House not only risks losing Americans’ interest in supporting Ukrainians — who continue to suffer the loss of lives and livelihoods — but also jeopardizes long-term peace and security on the European continent.

- The current moment is a messy one in this conflict, which may explain President Biden and his cabinet’s reluctance to put down clear goal posts.

- A decisive military victory for Ukraine over Russia, in which Ukraine regains all the territory Russia has seized since 2014, is not a realistic goal.

- The United States and NATO are already deeply involved, militarily and economically. Unrealistic expectations could draw them ever deeper into a costly, drawn-out war.

- In the end, it is the Ukrainians who must make the hard decisions: They are the ones fighting, dying and losing their homes to Russian aggression, and it is they who must decide what an end to the war might look like. If the conflict does lead to real negotiations, it will be Ukrainian leaders who will have to make the painful territorial decisions that any compromise will demand.

We should recall that in the US Congress back in 2015 (June 10, 2015 - Issue: Vol. 161, No. 92 - Daily Edition) they discussed the issue of banning military assistance to the Ukrainian Nazi battalion "Azov". Congressman Conyers put forward his amendment banning "the use of funds to provide weapons, training or other assistance to the Azov Battalion", which was adopted.

They know in America that “Azov” are the Nazis.