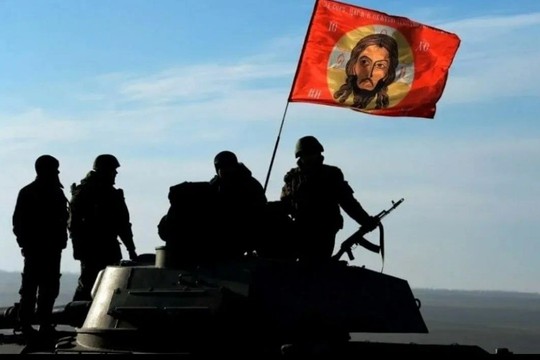 Over the past three centuries, Russia has been subjected to five shock attacks from the West. All these intervention moves only further strengthened Russia, writes Bercan Tutar at Turkish ‘Sabah’.

The first shock attack was the expedition of the French Emperor Napoleon Bonaparte to Moscow in 1812. Napoleon's invasion attempt was a cultural trauma for the Russians. The popularity of French culture, which is considered the cradle of civilization, is a thing of the past. Russian aristocrats began to speak in their homes not in French, but in Russian.

After the Napoleonic campaign, opposition to the West became an integral part of the Russian intelligentsia and statesmen. The "universal and enlightened modern West" in the mind of Russia has now become a symbol of a greedy, militaristic, occupational and colonial entity.

The second shock attack from the West followed after the Bolshevik Revolution of 1917. States such as the United States, England, France and Germany fought the Bolshevik Red Army in order to stifle the revolution with the White Army they created. The Bolsheviks defeated the White Terror in 1922 and established power throughout Russia. Attempts by foreign interventionists to overthrow Soviet power by invading the country forced the Bolsheviks to focus on internationalist politics.

The Bolsheviks helped spread socialism to other countries to strengthen the regime. They founded the International. In this context, alliances were made with states such as Turkey against Western imperialism.

The third shock wave was Hitler's attack to Moscow in 1941. Having defeated fascism, the USSR turned into a world superpower.

The fourth shock wave was experienced by the process that began with the collapse of the USSR on December 25, 1991. The Cold War is over, but Western attacks are not. Economist Jeffrey Sachs admits to the great betrayal of the United States, which promised to "accept Russia into the big family of the West." Sachs, as an adviser to Gorbachev and Boris Yeltsin, was the most influential foreigner in Russia's transition to a liberal economy.

Sachs describes the US barbaric attack in these words: “I was an adviser to both Poland and the USSR during the last year of Gorbachev and Boris Yeltsin in 1992-1993. My advice was this: ‘To help quell the emergency financial crisis’. But the United States, which saved Poland from the crisis, did not lift a finger for Russia. All my demands were rejected by the USA. Because the reason for the economic attack was the geopolitical goals of the United States. Those days were led by Dick Cheney, Paul Wolfowitz and Donald Rumsfeld - "their goal was to completely destroy Russia and bring to life the New American Century project..."

However, in the 15 years since Mikhail Gorbachev came to power in 1985 and continuing until the 2000s, when Vladimir Putin came to power, Russia as a country was forced to live below the poverty line. The country's resources were plundered and transferred to the West by the oligarchs. Russia was surrounded by ‘color revolutions’. Russia was surrounded on three sides by ‘color revolutions’ in Georgia, Ukraine and Kyrgyzstan.

At the same time, Russia also found itself in a military encirclement. Despite promises made to Moscow, Poland, Hungary, the Czech Republic, Bulgaria, Romania, Slovakia, Slovenia and the three Baltic states have become members of NATO.

Putin delivered his first ultimatum on this subject at the 2007 Munich Security Conference. He stated that he would move on not with the West, but with Eurasia.

The final and fifth shockwave came when the US and Europe toppled the pro-Russian leader in Ukraine in 2014. To the proposal to make Ukraine a member of the EU and NATO, Russia responded by returning Crimea. Then, by launching a war with the US in Ukraine in February 2022, Russia caused an “earthquake” in the global status quo.

In short, Russia, acquiring a new geopolitical identity after every invasion attempt from the West, is now undermining the foundations of US hegemony, which attacks from the territory of Ukraine.