Expert: “West bears shared responsibility for creating some of the conditions for war in Ukraine” 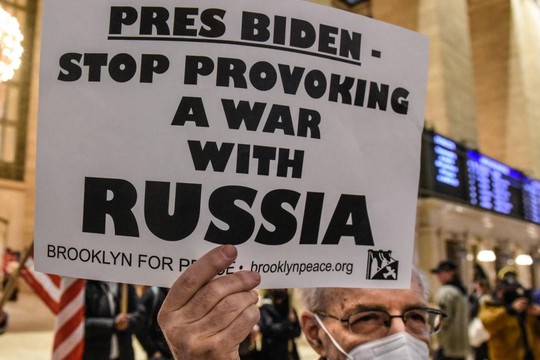 The West needs to look at itself in the mirror and see it also helped create conditions for war to break out in Ukraine, says Marlene Laruelle, the director of the Institute for European, Russian and Eurasian Studies at George Washington University.

Laruelle, a highly respected Russia scholar and author of several books on post-Soviet politics, said in fact the West bears shared responsibility for creating some of the conditions for war to erupt in Ukraine.

“Since the collapse of the communist world, there has been a kind of unipolarity moment and a vision by the U.S. and some of its partners that it would be easy to rebuild a world order where they would be dominating, especially on the European continent,” Laruelle said in an interview with Courthouse News.

Following the collapse of the Soviet Union, she said Russia's strategic concerns were dismissed by the U.S. In Russia, meanwhile, the elites rebuilt “their own legitimacy on resentment.”

“I think we missed a lot by being too obsessed by the Kremlin’s authoritarian drift,” Laruelle said. “There were also great things happening in Russia: There were a cultural blossoming for all arts and cultural production; a startup business culture; a growing urban activism; people were genuinely living better; and we didn't want to see that.”

Laruelle sees Washington's drive to expand NATO into Ukraine and Georgia as the principal cause for the current war in Ukraine. She said “the strategy element” of NATO expansion was a concern shared by a large part of the Russian elite.

She also pointed the finger at NATO for “needing an enemy.”

“Russian media have specialized in U.S. bashing for years, but we did more or less the same Russia-bashing on our side,” she said. “I am struck for instance by the way the most respected U.S. newspapers embrace the NATO crusade and repeat military and intelligence analysis without critical distance. Where has their critical mindset disappeared?”

“Russia and China have very little responsibilities for our own issues. I think the problem is at home mostly and we need to work on our own societies to try to avoid illiberalism becoming our dominant culture in a few years or in a few decades.”

In the big picture, she said, the West's immense efforts to ensure Russia's defeat in Ukraine is being watched closely by other rising powers in the world. Paradoxically, these countries — among them China, India, Turkey, Brazil and others — are coming up with an uncomfortable conclusion for the West, she argued.

Instead of becoming more integrated into the Western-dominated economic system, they see the need to insulate their economies from Western sanctions should they ever be in a position similar to Russia's.

“Many countries in the Global South are looking at the way we are treating Russia and the economic warfare we are organizing against Moscow, and they will learn from that,” she said. “And what they will learn is that they want to de-dollarize their economies: They want to be sure they cannot be sanctioned by the West as it is doing to Russia.

So, I think in the long run, it will not help the West,” says Marlene Laruelle.