Facing no threat from anyone, Finland still strives for NATO membership 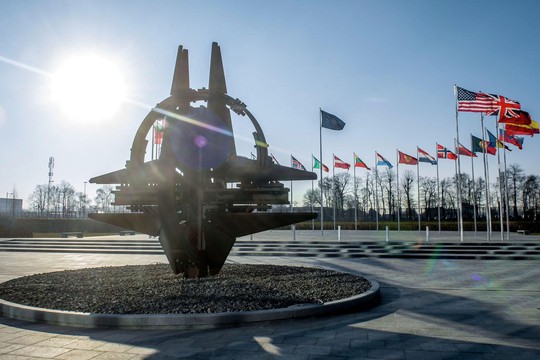 Finland's position is really surprising. On the one hand, it has filed an urgent application to join NATO, which automatically makes it a potential military adversary for Russia. And this is happening after almost 80 years of across-the-board and mutually-respectful political dialogue between Moscow and Helsinki. This once even brought about the term "Finlandization," which described the good faith and friendly relations between the two neighbors.

And still, the Finnish leaders make a strange decision to abandon their country’s non-bloc status and join NATO, although, according to Klaus Korhonen, Finland's permanent representative to NATO, "there is no military threat to Finland from the Russian Federation." He was speaking in an interview with CNN. Just hours later, Finnish Foreign Minister Pekka Haavisto described Russia as an "important neighbor," but added that in view of what was now going on in Ukraine, and due to security concerns in Europe, relations with Moscow were difficult.

According to media reports, the majority of Finnish lawmakers want their country to join the North Atlantic alliance. Reuters, citing NATO Secretary General Jens Stoltenberg, said that the process of Finland’s accession to the alliance would be “smooth and swift” and that Finland “would be warmly welcomed.” This means that the Nordic country’s transition from its currently neutral status to a position of confrontation with Russia won’t take long happening.

According to the agency’s source in Brussels, the NATO chief may issue an invitation to Finland to join the alliance at the NATO summit, slated to be held in Madrid in late June. The source believes that Finland can join NATO "under a fast-track procedure," skipping the preliminary phase of obtaining and implementing the Action Plan for membership, which usually takes years. He is certain that the negotiating process itself will be superfast, given the “high level of NATO interest in accepting a partner country and the high degree of its army’s readiness for integration into NATO’s military structures."

In a statement on Thursday, May 12, the Russian Foreign Ministry said that "Finland’s accession to NATO will cause serious damage to Russian-Finnish bilateral relations and [threaten] preservation of stability and security in the northern European region.”

“Russia will be forced to take retaliatory steps, both of a military-technical and other nature, in order to stop the threats to its national security that arise in this regard,” the statement added.

Moreover, Finland’s joining the North Atlantic Alliance would be a direct violation of a number of Helsinki's international legal obligations, including under the 1947 Paris Peace Treaty and the 1992 Treaty between Russia and Finland that laid out the fundamentals of bilateral relations. Moreover, Finland risks losing the benefits that it enjoyed thanks to its active trade and other economic ties with Russia. Indeed, it earned billions of dollars and prospered in the latter half of the 20th century precisely thanks to large-scale joint projects with the Soviet Union, which were actively promoted by President Kekkonen and other Finnish leaders. Now, the mutually rewarding trade and future cooperation projects will most likely be shelved, much to the economic detriment of the Finnish state, as Russia will simply shutter its border with a NATO member.