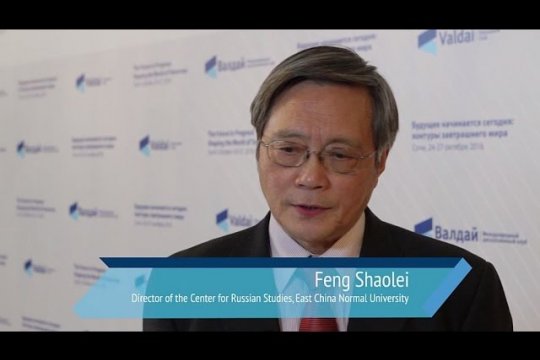 The United Nations is the cornerstone of the international order established after the Second World War, which still plays an important role so far, and the United Nations Security Council is the most core part in the construction of this system. Facing the difficult challenges faced by all countries and the international community as a whole, only the effective cooperation of the founding members of the UN Security Council can maintain world peace and stability.

Separately, the United States is still the most powerful country in terms of comprehensive strength. Although it tends to be unilateralist, it still needs to solve the difficulties it faces through international coordination. Russia and China are the most active and influential countries in the world, and they naturally need to seek a stable international environment by maintaining the role of the UN Security Council. France is committed to The unique position in global affairs shows that it is willing to maintain its traditional position through cooperation between the East and the West; and how the UK will form its unique position in the international arena after leaving the EU is not only concerned by everyone, but also the goal it is trying to seek.

Therefore, the five powers summit has its realistic possibility.

There is no guarantee that the summit of the five powers will avoid the fate of the G7. But first, it is man-made. If the existing five power mechanism is put on hold, it will be a more dangerous prospect. Second, the role of China and Russia in the Security Council is not only to resist the unreasonable demands of the west, but also to try their best to seek cooperation and avoid further risks to human destiny. After all, Sino-Russia cooperation is more mature and influential than ever before.

In my opinion, first, we should start from maintaining the legitimacy of the existing system. The grand commemoration of the 75th anniversary of World War II can be an opportunity for the five powers to meet again. Second, we should address the current prominent and pressing issues, such as the Libyan crisis and conflicts in other regions. Third, it is easy before difficult, that is to say, we can first seek to solve some problems of communication mechanism, and then turn to the substantive agenda to find solutions to disputes.